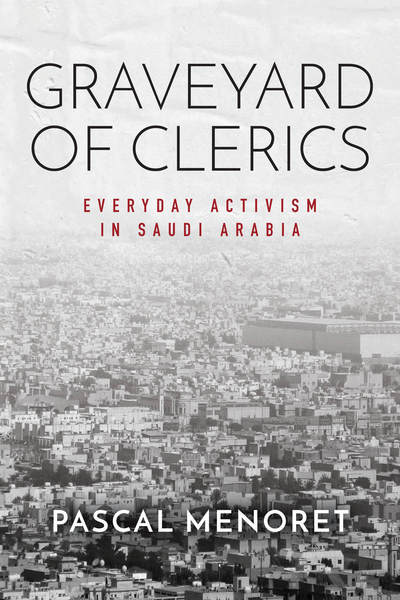 The inside story of political protest in Saudi Arabia—on the ground, in the suburbs, and in the face of increasing state repression.

Pascal Menoret spent four years in Saudi Arabia in the places where today's Islamic activism first emerged. With this book, he tells the stories of the people actively countering the Saudi state and highlights how people can organize and protest even amid increasingly intense police repression. This book changes the way we look at religious activism in Saudi Arabia. It also offers a cautionary tale: the ongoing repression by Saudi elites—achieved often with the complicity of the international community—is shutting down grassroots political movements with significant consequences for the country and the world.

Pascal Menoret teaches Anthropology at Brandeis University. He is the author of The Saudi Enigma: A History (2005) and Joyriding in Riyadh: Oil, Urbanism, and Road Revolt (2014).

"A distinguished ethnographer, Pascal Menoret excavates the Islamic Awakening in Saudi Arabia with great empathy and understanding. Once again, he demonstrates his ability to penetrate a world often associated with radicalism, bigotry, intolerance and violence, bringing us face to face with the men of the movement, and their rise and demise in the Saudi state."

—Madawi al-Rasheed, London School of Economics, author of Salman's Legacy: The Dilemmas of a New Era in Saudi Arabia

"Pascal Menoret is an intrepid field researcher who gained unique access to communities in Saudi Arabia either closed to or ignored by other Western scholars. His insights into how the physical geography of Riyadh has shaped the development of its various social mobilizations are provocative and enlightening. This book is a fascinating read."