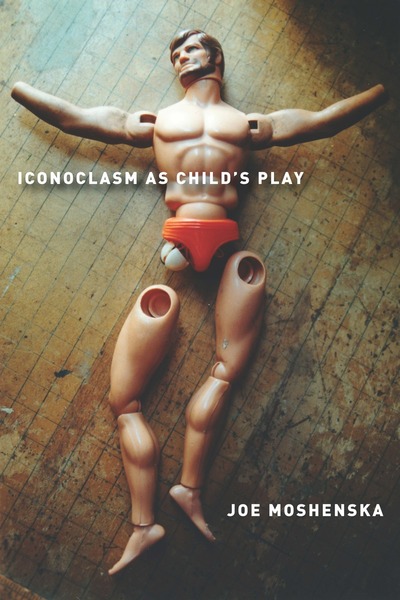 When sacred objects were rejected during the Reformation, they were not always burned and broken but were sometimes given to children as toys. Play is typically seen as free and open, while iconoclasm, even to those who deem it necessary, is violent and disenchanting. What does it say about wider attitudes toward religious violence and children at play that these two seemingly different activities were sometimes one and the same? Drawing on a range of sixteenth-century artifacts, artworks, and texts, as well as on ancient and modern theories of iconoclasm and of play, Iconoclasm As Child's Play argues that the desire to shape and interpret the playing of children is an important cultural force. Formerly holy objects may have been handed over with an intent to debase them, but play has a tendency to create new meanings and stories that take on a life of their own. Joe Moshenska shows that this form of iconoclasm is not only a fascinating phenomenon in its own right; it has the potential to alter our understandings of the threshold between the religious and the secular, the forms and functions of play, and the nature of historical transformation and continuity.

Joe Moshenska is Associate Professor of English, University of Oxford, and Tutorial Fellow of University College.

"The face of our play has rarely looked so complex, so beautifully strange, as in Joe Moshenska's virtuosic study. With learning and wit, he probes play's power to make and unmake human thought, challenging any too-simple images of childish things."

"This profoundly learned and beautifully written book is the best study of play since Huizinga's Homo Ludens and even surpasses that landmark work. Endlessly supple yet always sharp, it grows out of one historical epoch to range far afield, from antiquity to our contemporary moment."

"[An] excellent and highly thoughtful book....If Moshenska lets some spirit of play animate his own scholarly investigations into such ultimately unfathomable things, he also shows how mysterious, open-ended, adventurous, and serious such play can be."

"[An] extraordinary monograph....Iconoclasm as Child's Play is a scholarly, generous and generative book, and with it Moshenska has crafted a rich and suggestive narrative that demands much more of its readers than the kind of scholarly 'book-breaking' to which we have become habituated—and rewards that much more in turn."

"Iconoclasm as Child's Play is a rich interdisciplinary exploration of iconoclasm that will reward specialists in the histories and theologies of the Reformation and early modern Catholicism, the sociological and anthropological studies of religion and play, theological aesthetics, and the field of childhood studies. Moshenska...engages multiple disciplines, historic periods, and cultural contexts bringing them into a lively, and one might say, playful, exchange that is mutually disruptive and illuminating....captivating from the opening pages of the preface."

"Although Moshenska's rhetorical method is unorthodox, it is brilliantly effective and true to its subject. The book is instructive without feeling instructive. Upon final reflection, the book could perhaps best be described as philosophical artwork."

"A highly original perspective that will be welcomed by scholars of play and religion alike."

—Alan Levinovitz, The Journal of Religion