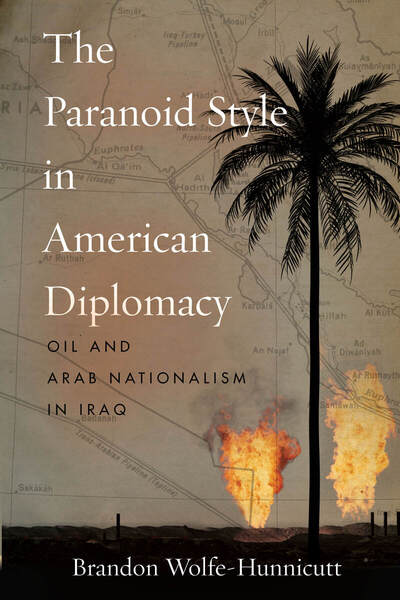 "The Paranoid Style in American Diplomacy is an important work within the growing body of scholarship that provides equal attention to both sides of the relationship between the Arab world and the United States. The book will be required reading for those who seek to understand the history of Iraqi-US relations, as well as be of interest more broadly to those studying the political economy of oil, US empire, and decolonization."

"Drawing information from primary sources including the IPC archives, US State Department records, and recollections of the Iraqi government officials central to the politics of the era, Wolfe-Hunnicutt weaves an engaging narrative as convincing as it is well researched."

"In this crisply written, nuanced, and unusual book, historian Brandon Wolfe-Hunnicutt reframes relations between the United States and Iraq primarily from 1960 to 1980 and offers a multifaceted account by combining histories that typically are not brought into conversation with each other... Indeed, the biggest contribution of this book is that it does not offer up a classic either/or story, i.e., either a US foreign policy narrative or an Iraqi political or cultural history, but rather deftly merges together various threads that often are treated as disparate. This is what makes this book novel and exciting."

After the ‘End of History’
Coups, Oil, the CIA, and Arab Nationalism in Iraq w/ Brandon Wolfe-Hunnicutt