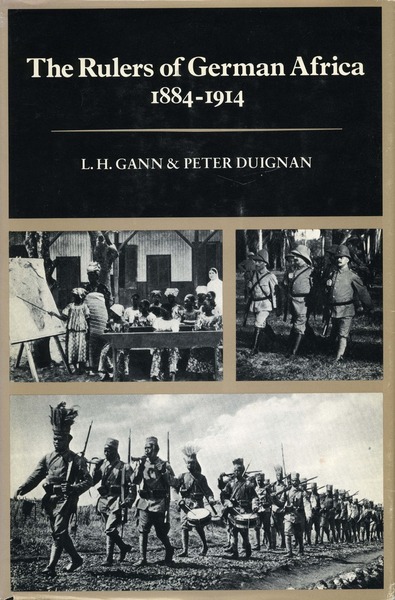 The first book in a planned series dealing with the social structure of the European colonial services in Africa, this volume examines Germany's military and administrative personnel in the colonies of German East Africa, South-West Africa, Cameroun, and Togo: their performance on the scene, their educational and class background, their ideology, their continuing ties with the homeland, and their subsequent careers.

Although the African colonies played a negligible part in German trade and foreign investment, they were profoundly affected by thirty years of German rule. Brutal and overbearing though many German administrators were, they had substantial achievements to their credit. Among other things, they introduced European technology, medicine, and education in their colonies, and they laid the groundwork for today's states by establishing firm geographic boundaries and building an infrastructure of ports, roads, and railways.

L. H. Gann is a Senior Fellow, and Peter Duignan is Director of the African and Middle East Program, at the Hoover Institution, Stanford University.