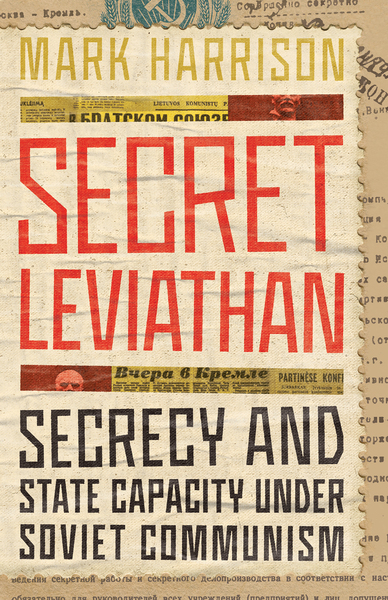 The Soviet Union was one of the most secretive states that ever existed. Defended by a complex apparatus of rules and checks administered by the secret police, the Soviet state had seemingly unprecedented capabilities based on its near monopoly of productive capital, monolithic authority, and secretive decision making. But behind the scenes, Soviet secrecy was double-edged: it raised transaction costs, incentivized indecision, compromised the effectiveness of government officials, eroded citizens' trust in institutions and in each other, and led to a secretive society and an uninformed elite. The result is what this book calls the secrecy/capacity tradeoff: a bargain in which the Soviet state accepted the reduction of state capacity as the cost of ensuring its own survival.

This book is the first comprehensive, analytical, multi-faceted history of Soviet secrecy in the English language. Harrison combines quantitative and qualitative evidence to evaluate the impact of secrecy on Soviet state capacity from the 1917 Bolshevik Revolution to the collapse of the Soviet Union in 1991. Based on multiple years of research in once-secret Soviet-era archives, this book addresses two gaps in history and social science: one the core role of secrecy in building and stabilizing the communist states of the twentieth century; the other the corrosive effects of secrecy on the capabilities of authoritarian states.

Mark Harrison is Emeritus Professor of Economics at the University of Warwick.