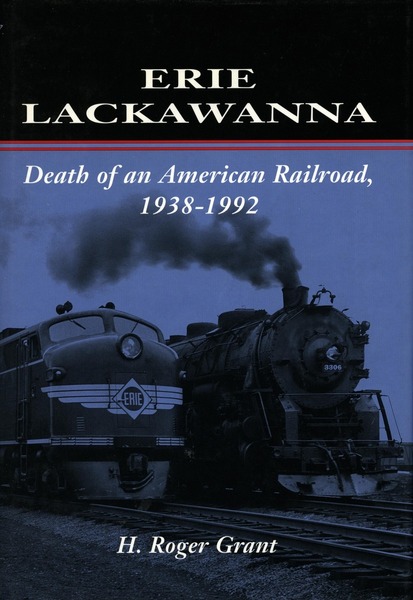 This 50-year saga of the "Weary Erie" goes far beyond describing in brilliant detail the turbulent last decades of a colorful, spunky, and innovative railroad. As the author vividly shows, the Erie possessed an uncommonly interesting history. For a brief time, it was the longest rail artery in the United States, hailed as "the most stupendous engineering feat ever attempted in America." It pioneered many innovations even after its opening in 1851, notably with the use of the telegraph for traffic control.

The present volume also tells us much about what happened to American railroading, especially in the East, during this period: technological change, government over-regulation, corporate mergers, union "featherbedding," uneven executive leadership, and changing patterns of travel and business. Step by step, the author reveals how the problems faced by the Erie became so numerous and complex that financial collapse and liquidation were inevitable results.

Throughout, the author draws on the abundant records of the Erie and Erie Lackawanna and on dozens of interviews with employees, bankers, lawyers, and industry official who cooperated in telling the story of the Erie's last years "the way it was." The book is illustrated with 45 photographs and drawings and 4 maps.

H.Roger Grant is Professor of History at the University of Akron. He is the author of several books on American history and railroad industry, including, The Corn Belt Route: A History of the Chicago Great Western Railroad Company and We Took the Train.

This important work is based on a mass of new material uncovered by the author, notably extensive oral histories. He skillfully integrates this new information into the story of the Erie Lackawanna's lingering death, filling in a good many gaps and bringing the importance of personalities in the corporate world into play. In the process, he explains the plight of all eastern railroads. Since Grant writes with clarity and flow, the book is a 'good read.'"

"Written in a style that pulls the reader along like a Tom Clancy novel, this book offers a management-level view of the failed struggles of two major railroads to survive. Because this was such a crucial era in American railroading, Grant's account offers a useful vantage point from which to view all North American railroads during that period. ... This is an account that pulls no punches."

"The definitive history of the Erie Lackawanna."

"Not merely a pleasure to read, this is an outstanding study of the railroad industry. ... Grant clearly describes the realities within which railroads operate and to which they must respond."