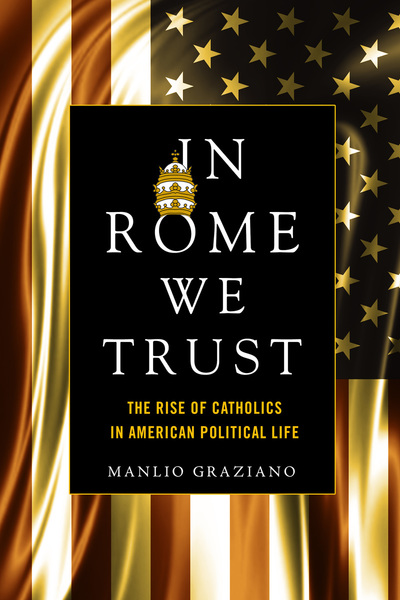 On the heels of an extremely lively U.S. presidential election campaign, this book examines the unusually serene relationship between the chief global superpower and the world's most ancient and renowned institution. The "Catholicization" of the United States is a recent phenomenon: some believe it began during the Reagan administration; others feel it emerged under George W. Bush's presidency. What is certain is that the Catholic presence in the American political ruling class was particularly prominent in the Obama administration: over one-third of cabinet members, the Vice President, the White House Chief of Staff, the heads of Homeland Security and the CIA, the director and deputy director of the FBI, the Chairman of the Joint Chiefs of Staff and other top military officers were all Roman Catholic. Challenging received wisdom that the American Catholic Church is in crisis and that the political religion in the United States is Evangelicalism, Manlio Graziano provides an engaging account of the tendency of Catholics to play an increasingly significant role in American politics, as well as the rising role of American prelates in the Roman Catholic Church.

Manlio Graziano teaches Geopolitics and Geopolitics of Religion at the American Graduate School in Paris, the Sorbonne, and the Geneva Institute of Geopolitical Studies. He is the author of Holy Wars and Holy Alliance: The Return of Religion to the Global Political Stage (2017).

"Graziano provocatively analyzes the Catholic Church as a political institution, drawing attention to the surprisingly robust presence of Catholics at the top of the American political structure while noting the powerful role that US citizens have played in shaping the contours of Catholic approaches to freighted issues at the transnational level. His convincing conclusions with regard to the current mutually influential relationship between United States and Rome make for fascinating reading."

"This fascinating and astonishingly neglected subject is of immense importance, and I can think of no one better positioned than Manlio Graziano to treat it in all its complexity."

"Manlio Graziano's In Rome We Trust is much more than an erudite and well documented analysis of the relations between the Vatican and the United States, between Catholicism and the ultimate superpower. It is a priceless interpretation of the geopolitics that the Roman Church, appearing here in its worldly role, and America, the leader of the West, have recently practiced and will continue to practice in the post-Cold War era."

"[Graziano's] book deserves attention both from scholars interested in religion and politics, broadly understood, and from intelligent citizens searching for new possibilities for civic life."

—David J. O'Brien, Journal of the American Academy of Religion

"[Graziano] devotes much of In Rome We Trust to a tightly written, dispassionate and unsentimental account of American Catholic political history, one backed by substantial research."

"[A]s the volume ably documents, Catholics have moved into the mainstream of national-level political life in America....The analysis is at its best in tracing the complex relationship between American and Vatican interests in international affairs. Graziano demythologizes the U.S.-Vatican relationship in the post-World War II era, particularly the cooperation between President Ronald Reagan and Pope John Paul II."