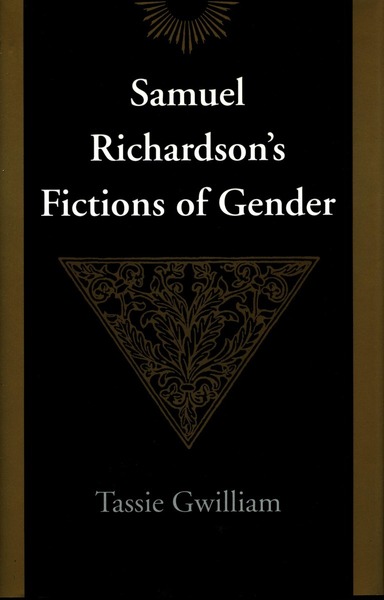 In developing a new gender theory for analyzing Samuel Richardson's three major novels - Pamela, Clarissa, and Sir Charles Grandison - the author argues that these novels of sexual threat expose, sometimes unwillingly, the extraordinary labor required to construct and maintain the eighteenth-century ideology of gender, that apparently natural dream of perfect symmetry between the sexes. The instability of that model is revealed notably in Richardson's fascination with cross-gender identification and other instances of transgressive desires. The author demonstrates that these violations of the supposedly unbreachable barriers between masculinity and femininity produce what is most moving and imaginative in Richardson's fiction and create an equally powerful repression in the form of punishment of transgressive characters and desires. She also illustrates, through a reading of recurrent fantasies about the composition of bodies - especially women's bodies - the complex interaction between those fantasies and the construction of masculinity and femininity. The genesis of Richardson's own writing is located in a dynamic, reciprocal idea of gender that allows him to see femininity from the inside while retaining the privileges of the masculine viewpoint; the relation between this origin and the novels themselves forms the basis for the discussions of the novels. Each of the three chapters in the book seeks to investigate particular turn of gender construction and a particular mode of the reiterative story of sexual differences. The first chapter, on Pamela, calls on eighteenth-century discourse about opposing ideologies of gender and sexuality to elucidate Richardson's project. The next chapter, on Clarissa, shifts to a more intricate analysis of fantasies about sex and gender, in particular the double reading of masculinity and femininity in the form of of masculinity reading itself through the feminine. The final chapter, on The History of Sir Charles Grandison, examines Richardson's attempt to solidify masculinity in the person of the "good man."

"Gwilliam's fine book is far from short of historical grounding, and one of its special pleasures comes in its use of fugitive sources to measure the subtler explorations of Richardson's fiction. . . . Gwilliam deftly combines theoretical vigilance with a sure sense of eighteenth-century discourses about sexuality and gender and some...brilliant displays of close reading."