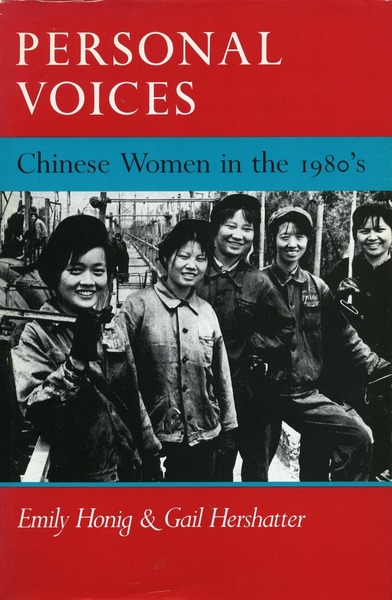 Dramatic and far-reaching changes have occurred in the lives of Chinese women in the years since the death of Mao and the fall of the Gang of Four During the decade of the Cultural Revolution, attention to personal life was regarded as 'bourgeois'; in the post-Mao decade, abrupt turns in public policy made discussion of personal life imperative, and nowhere has this been more evident than in the debate about the role of women in Chinese society. This book is based on extensive personal viewing of urban women and study of contemporary literature and articles in the periodical press that touched on the problems of rural women. It is not only about the changes in women's lives but also about the excitement, confusion, and anxieties that Chinese women express as they contemplate the future of their society and their own place in it. Each chapter is devoted to one aspect of women's Lives: girlhood, adornment and sexuality, courtship, marriage, family relations, divorce, work, violence against women, and gender inequality. Giving a personal dimension to the issues discussed, the chapters close with a rich sampling of excerpts from the newly thriving women's press and other contemporary publications. Although many women in China still suffer discrimination in working life and mistreatment in the family, they can now raise questions that would have been unthinkable even ten years ago. Most notably, they can and do use the press to voice complaints, expose injustices, seek advice, and support or deplore the social changes of the 1980's.