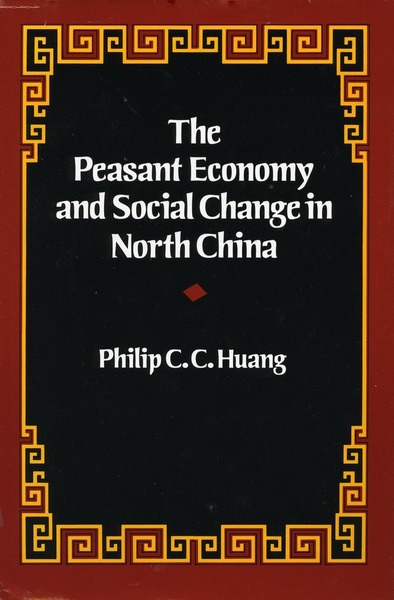 Winner of the 1992 Joseph Levenson Prize, Twentieth Century, sponsored by the Association for Asian Studies.

The author presents a convincing new interpretation of the origins and nature of the agrarian crisis that gripped the North China Plain in the two centuries before the Revolution. His extensive research included eighteenth-century homicide case records, a nineteenth-century country government archive, large quantities of 1930's Japanese ethnographic materials, and his own field studies in 1980.

Through a comparison of the histories of small family farms and larger scale managerial farms, the author documents and illustrates the long-term trends of agricultural commercialization, social stratification, and mounting population pressure in the peasant economy. He shows how those changes, in the absence of dynamic economic growth, combined over the course of several centuries to produce a majority, not simply of land-short peasants or of exploited tenants and agricultural laborers, but of poor peasants who required both family farming and agricultural wage income to survive. This interlocking of family farming with wage labor furnished a large supply of cheap labor, which in turn acted as a powerful brake of capital accumulation in the economy. The formation of such a poor peasantry ultimately altered both the nature of village communities and their relations with the elites and the state, creating tensions that led in the end to revolution.