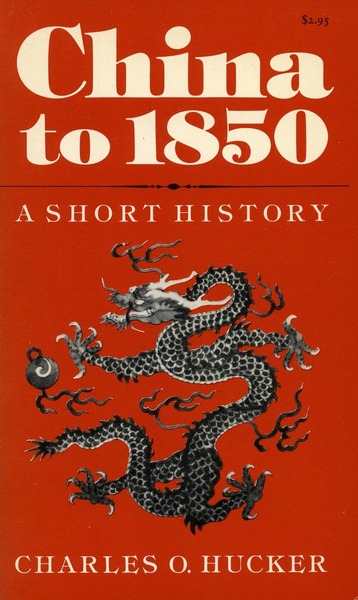 By the author of the highly acclaimed China's Imperial Past and written in the same lively style, this is a distillation of what every general reader and beginning student should know about the history of traditional Chinese civilization. It weaves together chronologically all aspects of Chinese life and culture, broadly surveying general history, socioeconomic organization, political institutions, religion and thought, and art and literature.

The author explains how the Chinese empire emerged in antiquity, how it flourished and declined in successive cycles for thousands of years, and how in the end it found itself unprepared for both the domestic and the external challenges of the modern era. The result is a concise overview that is both absorbing in itself and basic to a more detailed study of China's long and complex evolution.

"Charles Hucker has written a balanced, precise, and concise overview of China's evolution until about 1850."

"A simplified history of the Chinese and their culture from prehistory to about 1850. The book, which draws heavily from Hucker's China's Imperial Past: An Introduction to Chinese History and Thought, presents a straightforward chronological treatment. . . . This is an excellent introductory text for high school students beginning to study Chinese history."

"Charles O. Hucker's China to 1850, a contracted and condensed version of his highly extolled China's Imperial Past, is a solid, precise, scholarly work. It would probably best suit the general reader who wants a glance at China's past. To an undergraduate class, it also offers an inexpensive alternate. . . . This small book is well proportioned and balanced in its coverage of political and social institutions, literature, art, thought, and religion, as well as material culture and technology."