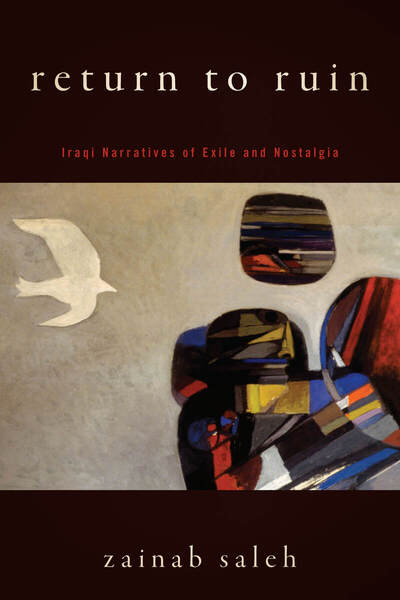 With the U.S. invasion of Iraq, Iraqis abroad, hoping to return one day to a better Iraq, became uncertain exiles. Return to Ruin tells the human story of this exile in the context of decades of U.S. imperial interests in Iraq—from the U.S. backing of the 1963 Ba'th coup and support of Saddam Hussein's regime in the 1980s, to the 1991 Gulf War and 2003 invasion and occupation.

Zainab Saleh shares the experiences of Iraqis she met over fourteen years of fieldwork in Iraqi London—offering stories from an aging communist nostalgic for the streets she marched since childhood, a devout Shi'i dreaming of holy cities and family graves, and newly uprooted immigrants with fresh memories of loss, as well as her own. Focusing on debates among Iraqi exiles about what it means to be an Iraqi after years of displacement, Saleh weaves a narrative that draws attention to a once-dominant, vibrant Iraqi cultural landscape and social and political shifts among the diaspora after decades of authoritarianism, war, and occupation in Iraq. Through it all, this book illuminates how Iraqis continue to fashion a sense of belonging and imagine a future, built on the shards of these shattered memories.

Zainab Saleh is Assistant Professor of Anthropology at Haverford College.

"Writing exiled and diasporic Iraqis into the imperial history of the United States, Zainab Saleh exposes the long-term effects of American action on sovereignty and nation-building attempts in Iraq. Powerful and heartbreaking, Return to Ruin is a must-read for all who are interested in the fraught relationships between colonial durability and political action."

—Deborah A. Thomas, University of Pennsylvania

"In this outstanding book, we encounter the poignant life stories of Iraqis, stories too often reduced to statistics and stereotypes when they are visible at all. If Iraq is an open wound, as one of the interlocutors in this book says, these narratives sketch the wound's history and its visceral depth. Return to Ruin is an illuminating study of Iraqi diasporic subjectivities."

—Sinan Antoon, author of The Book of Collateral Damage

"[Saleh] effectively does justice to each story's nuances and contradictions while also using the stories as springboards to discussing Iraqi history, politicization, and diasporic experiences in depth... While many scholars of the Middle East know basic facts about Iraq, learning from Iraqis themselves is both illuminating and tragic. As an American, Return to Ruin was necessary reading, highlighting how my own imperial subjectivity is inextricably intertwined with theirs."