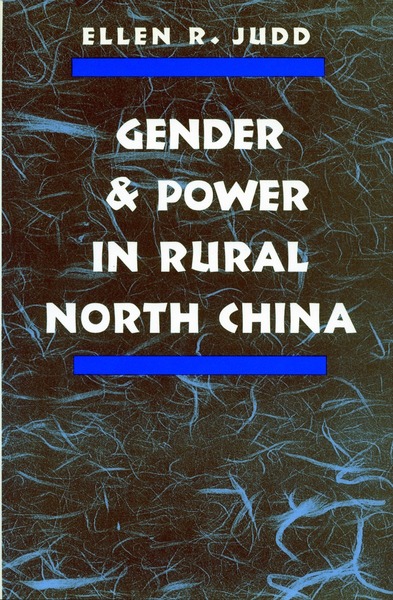 "For a woman to be without ability is a virtue" is a view attributed to Confucius but still very much alive in contemporary China. It is a paradox—a proposition widely accepted as true by both women and men but in practice denied in the conduct of everyday life. The author explores the recreation of this paradox in the processes of rural reform in China during the 1980's.

In the wake of the Cultural Revolution and the rejection of collectivism, the Chinese leadership initiated a series of rural policy changes that included the transfer of collective resources to individuals, households, or groups of households; the replacement of the commune system with formal local governments and mixed (private and public) forms of economic organization; the revival of private marketing; and reduced state control over the production and sale of agricultural produce.

This book shows how the reform program ignored the specific roles of women, despite the everyday roles women play in agriculture, rural industry, commodity production, and the dense networks of social relations that rural life comprises. The gender-specific roles played by women are essential to each of these spheres, and in practice they are recognized as essential even if they are officially minimized or denied.

Based on fieldwork in three villages of Shandong province, this study concentrates on the centrality of the household in rural social and economic relations. It examines in detail the reconstructed household of the reform era and emphasizes gender relations within the household. The author also describes the gender relations inherent in many aspects of the rural economy, paying particular attention to the ways women organize and construct strategies that encourage change in the interests of rural women.

Previous studies of Chinese rural economic reform have reflected and shared the stance of Chinese officialdom, viewing the reform program as purely a matter of political economy and as gender-neutral. This study demonstrates that gender plays an important role in virtually all aspects of the rural political economy, including decollectivization and the revival of household agriculture, the restructuring of villages and village-run industry, the opening to market forces, and the turn toward household-based economic enterprises. Throughout, the author links the everyday relations of gender to the operations of state power and argues that the reconstitution of the Chinese state in the reform era draws force and authority from the inherent politics and power of gender.

Ellen R. Judd is Associate Professor of Anthropology at the University of Manitoba.

"Ellen Judd's exploration of gender and power in three Shandong villages richly deserves its generalizing title. This is not village ethnography, but a precise anatomy of the political-economic processes that constitute gender in contemporary rural China . . . For Judd, the question of how we are to think about Chinese gender is answered by situating women's productive and reproductive work in the complex force-field generated by a changing political economy. To do this requires the theoretically informed, locally detailed, and comparative attention to observable human beings that Judd gives us here. This extraordinary book is a new classic in China studies and gender analysis."

"In challenging the approaches of standard studies of the rural economy in China, Judd makes some important theoretical contributions to topical debates in contemporary Chinese studies . . . Judd's skill in articulating the complexities, tensions, and inconsistencies between difference, and often gendered, readings of women's various activities within the village economy makes this book additionally rewarding."

"An important contribution to our understanding of post-1978 rural China, with major implications for both women and men."