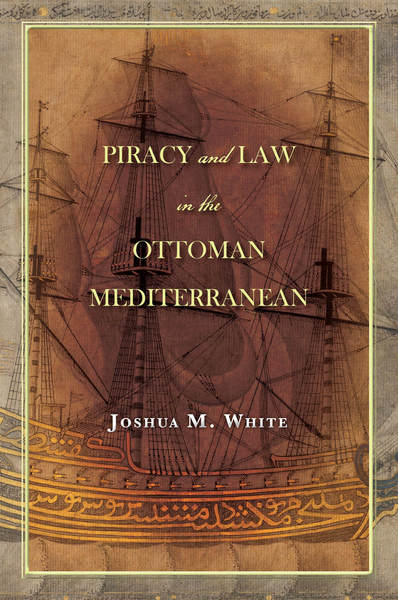 The 1570s marked the beginning of an age of pervasive piracy in the Mediterranean that persisted into the eighteenth century. Nowhere was more inviting to pirates than the Ottoman-dominated eastern Mediterranean. In this bustling maritime ecosystem, weak imperial defenses and permissive politics made piracy possible, while robust trade made it profitable. By 1700, the limits of the Ottoman Mediterranean were defined not by Ottoman territorial sovereignty or naval supremacy, but by the reach of imperial law, which had been indelibly shaped by the challenge of piracy.

Piracy and Law in the Ottoman Mediterranean is the first book to examine Mediterranean piracy from the Ottoman perspective, focusing on the administrators and diplomats, jurists and victims who had to contend most with maritime violence. Pirates churned up a sea of paper in their wake: letters, petitions, court documents, legal opinions, ambassadorial reports, travel accounts, captivity narratives, and vast numbers of decrees attest to their impact on lives and livelihoods. Joshua M. White plumbs the depths of these uncharted, frequently uncatalogued waters, revealing how piracy shaped both the Ottoman legal space and the contours of the Mediterranean world.

Joshua M. White is Assistant Professor of History at the University of Virginia.

"Through his exhaustive examination of the Ottoman legal strategies to confront violence at sea, Joshua White gives us the first cogent definition of the Ottoman Mediterranean in the early modern period. Moreover, he shows how these legal norms were disseminated and adopted by a wide range of actors, both European and Ottoman. White has put the early modern Ottoman Mediterranean on the map."

"Joshua White offers an elegant and sophisticated discussion of the Ottoman laws on piracy and tells a vivid story of swashbuckling in the early modern Mediterranean. Providing what has been, until now, a huge missing piece in the history of piracy, this book will engage and excite readers with interests in piracy, the development of the early modern state, and the formation of international law."

"Meticulously researched and convincingly argued, this book serves to place Islamic law and procedure into a specific time frame and reveals both the persistence and the limits of law in that turbulent period. It is valuable both as a history and description of piracy as well as a compilation of case studies of Islamic/Ottoman maritime law."

"The author's profound and wide-ranging scholarship make this book a highly important contribution to Mediterranean and Ottoman history. It is also a page-turner."

"[A] valuable contribution, urging historians to reconsider familiar legal and geographic categories while bringing the Ottoman Empire into the history of global maritime law."