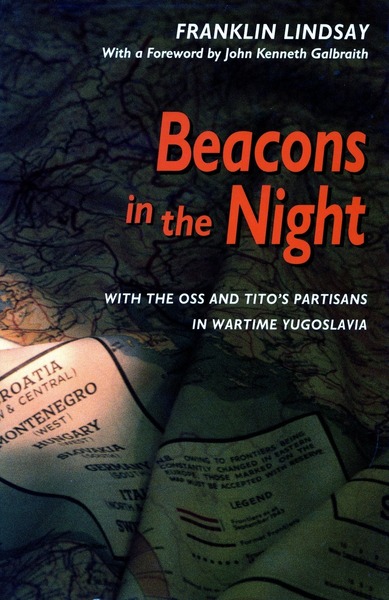 At midnight on May 14, 1944, the blinking of a flashlight in mountainous, German-occupied Yugoslavia signaled the parachute drop of four American OSS (Office of Strategic Services) officers who were met by a group of Tito's Partisans. One of the OSS officers was Franklin Lindsay. Only with the declassification in the 1980s of wartime American and British archives could he undertake to reconstruct his day-to-day experiences in a war area of constantly changing conditions and ever-present danger. In the closing months of the war, Lindsay became the commander of the American Military Mission to Tito's new Communist government, and he describes the consolidation of Tito's power over the civil population, the final defeat of the Chetniks, and the elimination of all other political opposition. Directly pertinent to contemporary developments in the former Yugoslavia are Lindsay's observations of the savage ethnic and religious hatreds. Though the seeds of the present violent breakup of Yugoslavia were sown in earlier centuries, they were given powerful reinforcement by wartime atrocities.

"Lindsay's memoir of his experiences as an American OSS officer with Tito's Partisans stands as a classic work of Resistance literature, but the book's overriding importance lies in its clarification of the ethnic/religious tensions that led to the present Balkan tragedy. . . . The book combines a rousing personal adventure story with new information on the Partisan contribution to the Allied war effort, and at the same time provides a useful lesson in Balkan history that is directly pertinent to the current bloodshed."

"This first-hand account of resistance warfare and internal political gamesmanship among Tito's forces is a compelling introduction to an area whose ethnic hatred remains so much a part of today's news."

"This is a marvellous book, a gripping adventure story which is also an important historical memoir of direct relevance to today's Yugoslavia. . . . It is a brilliantly intelligent account of the nature of subversive operations and of the politics and stategy of the Yugoslav campaign. It is also splendidly written, with the freshness of a text penned in the immediate aftermath of the arresting events it describes."