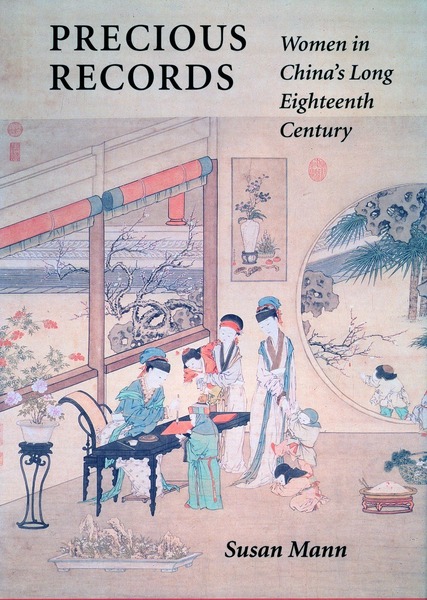 Winner of the 1999 Levenson Book Prize for Pre-Twentieth Century China, sponsored by the China and Inner Asia Council of the Association for Asian Studies.

This first book-length study of gender relations in the Lower Yangzi region during the High Qing era (c. 1683-1839) challenges enduring late-nineteenth-century perspectives that emphasized the oppression and subjugation of Chinese women. Placing women at the center of the High Qing era shows how gender relations shaped the economic, political, social, and cultural changes of the age, and gives us a sense of what women felt and believed, and what they actually did, during this period.

Most analyses of gender in High Qing times have focused on literature and on the writings of the elite; this book broadens the scope of inquiry to include women's work in the farm household, courtesan entertainment, and women’s participation in ritual observances and religion. In dealing with literature, it shows how women's poetry can serve the historian as well as the literary critic, drawing on one of the first anthologies of women's writing compiled by a woman to examine not only literary sensibilities and intimate emotions, but also political judgments, moral values, and social relations.

After an introductory chapter that evaluates the historiography of Chinese women, the book surveys High Qing history, charts the female life course, and discusses women's place in writing and learning, in entertainment, at work, and in religious practice. The concluding chapter returns to broad historiographic questions about where women figure in space and time and why we can no longer write histories that ignore them.

Susan Mann is Professor of History at the University of California, Davis. She is the author of Local Merchants and the Chinese Bureaucracy, 1750-1950 (Stanford, 1987).

“This is a wonderfully rich study, based on wide reading of the sources and crafted in a readable style. It is an important contribution to feminist scholarship's project of recovering the 'traditional’ Chinese woman, making visible the complexity of gender relations in a society too often simply pigeonholed as one of history's most successful patriarchies. This is an elegant addition to the small body of high-quality studies that are putting gender into the mainstream of late imperial Chinese history.”—Charlotte Furth, University of Southern California