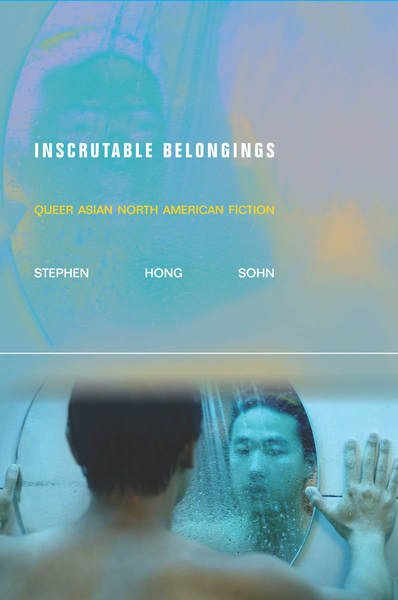 Collectively, the texts that Sohn examines bring to mind foundational struggles for queer Asian North Americans (and other socially marginalized groups) and confront a broad range of issues, including interracial desire, the AIDS/HIV epidemic, transnational mobility, and postcolonial trauma. In these texts, Asian North American queer people are often excluded from normative family structures and must contend with multiple histories of oppression, erasure, and physical violence, involving homophobia, racism, and social death. Sohn's work makes clear that for such writers and their imagined communities, questions of survival, kinship, and narrative development are more than representational—they are directly tied to lived experience.

Stephen Hong Sohn is Associate Professor of English at the University of California, Riverside.

"In this groundbreaking, meticulously researched book, Stephen Hong Sohn teases out how specific formal strategies in novels by queer Asian North American writers are used to develop and explore alternative kinship networks, forms of social recognition, and survival plots in the face of physical death as well social death, in which a Asian North American LGBTQ existence literally cannot be imagined. In its theorizing of queer racial formalisms, Inscrutable Belongings is the genuine melding of narrative theory, queer theory, and ethnic studies that we have been waiting for."

"In this book, Stephen Sohn takes not only an interethnic but a continental approach, analyzing fiction by Asian American, Asian Canadian, and mixed-race queer authors, while paying careful attention to subtle national differences. Concerning itself with the complex interplay of aesthetics, ethics, and politics, Inscrutable Belongings is a vitally important intervention in Asian North American and queer literary studies."

"Sohn's book is a valuable addition to Queer Asian American Studies because it not only advances an optimistic vision of queer lives but also pieces together a unique textual archive composed of novels by queer-identifying authors that we don't see very often in the field."