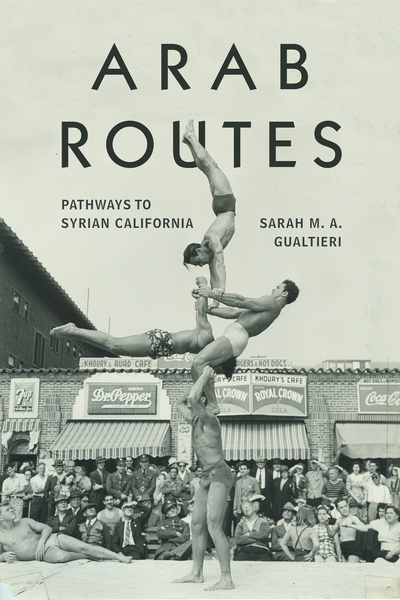 Winner of the 2020 Alixa Naff Prize in Migration Studies, sponsored by the Moise Khayrallah Center for Lebanese Diaspora Studies.

"Through recounting the personal stories of migrants and analyzing an expansive archive of census records, articles, letters, etc., author Sarah Gualtieri counters the narrative that Middle Eastern migrants are recent arrivals from a conflict-ridden region. Instead, she provides a new story where Syrian Americans are deeply woven into the history of California."

"[Arab Routes] sits among the most important books in Middle East migration studies; in its critical rigor, it is also an essential and indispensable contribution to comparative US ethnic studies.the book will irrevocably transform the study of Arab and Middle Eastern American migration and racialization for years to come."

"Gualtieri has produced a significant accomplishment: providing a necessary intervention in the scholarship on migration, American ethnicity, and Arab American history, while ensuring the book is accessible to a popular audience."