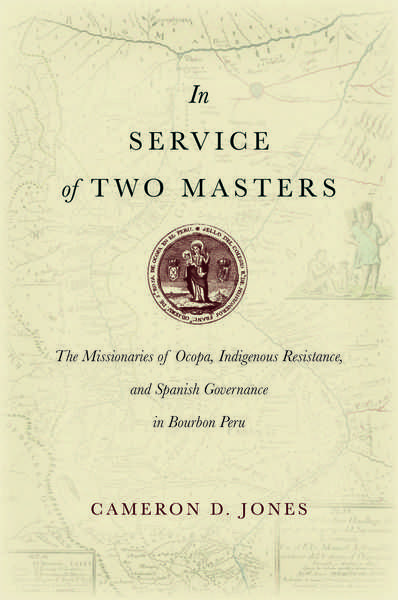 By the early 1700s, the vast scale of the Spanish Empire led crown authorities to rely on local institutions to carry out their political agenda, including religious orders like the Franciscan mission of Santa Rosa de Ocopa in the Peruvian Amazon. This book follows the Ocopa missions through the eighteenth and early nineteenth centuries, a period marked by events such as the indigenous Juan Santos Atahualpa Rebellion and the 1746 Lima earthquake. Caught between the directives of the Spanish crown and the challenges of missionary work on the Amazon frontier, the missionaries of Ocopa found themselves at the center of a struggle over the nature of colonial governance.

Cameron D. Jones reveals the changes that Spain's far-flung empire experienced from borderland Franciscan missions in Peru to the court of the Bourbon monarchy in Madrid, arguing that the Bourbon clerical reforms that broadly sought to bring the empire under greater crown control were shaped in turn by groups throughout the Americas, including Ocopa friars, the Amerindians and Africans in their missions, and bureaucrats in Lima and Madrid. Far from isolated local incidents, Jones argues that these conflicts were representative of the political struggles over clerical reform occurring throughout Spanish America on the eve of independence.

"In Service of Two Masters contributes a nuanced narrative of the Franciscan evangelization political strategies and failure through a case study that exposes the defining role of imperial, viceregal, and local ecclesiastical politics in the spiritual conquest of the Spanish borderlands....a fine addition to the comprehension of the Spanish empire's mission frontiers, transatlantic studies of church-state relations, and Franciscan history more broadly."

—Alcira Dueñas, The Journal of Religion

"In Service of Two Masters is a fine contribution to mission history that will also appeal to those interested in the local impact of the Bourbon reforms. Jones puts the voluminous Franciscan writings of the era to good use, as well as his extensive research in Peruvian and Spanish archives."