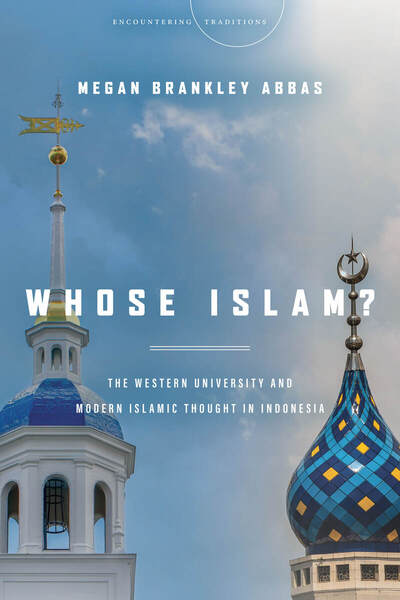 In this incisive new book, Megan Brankley Abbas argues that the Western university has emerged as a significant space for producing Islamic knowledge and Muslim religious authority. For generations, Indonesia's foremost Muslim leaders received their educations in Middle Eastern madrasas or the archipelago's own Islamic schools. Starting in the mid-twentieth century, however, growing numbers traveled to the West to study Islam before returning home to assume positions of political and religious influence. Whose Islam? examines the far-reaching repercussions of this change for major Muslim communities as well as for Islamic studies as an academic discipline.

As Abbas details, this entanglement between Western academia and Indonesian Islam has not only forged powerful new transnational networks but also disrupted prevailing modes of authority in both spheres. For Muslim intellectuals, studying Islam in Western universities provides opportunities to experiment with academic disciplines and to reimagine the faith, but it also raises troubling questions about whether and how to protect the Islamic tradition from Western encroachment. For Western academics, these connections raise pressing ethical questions about their own roles in the global politics of development and Islamic religious reform. Drawing on extensive archival research from around the globe, Whose Islam? provides a unique perspective on the perennial tensions between insiders and outsiders in religious studies.

"Abbas writes vividly and with a clarity and verve that make both mundane historical events and technically daunting theoretical debates accessible, engaging, and recognizably important. This is one of the most interesting works in Islamic education and Islamic studies in recent years. Its combination of literary clarity and intellectual sophistication is a rare one."

"A groundbreaking contribution to the global intellectual history of Islamic Studies, showing the entanglements of Cold War-era North American universities with the transformation of religious education in postcolonial Indonesia. Whose Islam? invites us to rethink the politics of the connections between the Western academic study of religion and modern Muslim engagement with Islamic tradition."

"Megan Brankley Abbas has written an altogether remarkable and impressive analysis of the entanglements of Indonesian Islam and Western universities. It is readable, bold in its argument, and detailed in all the ways that good history should be."