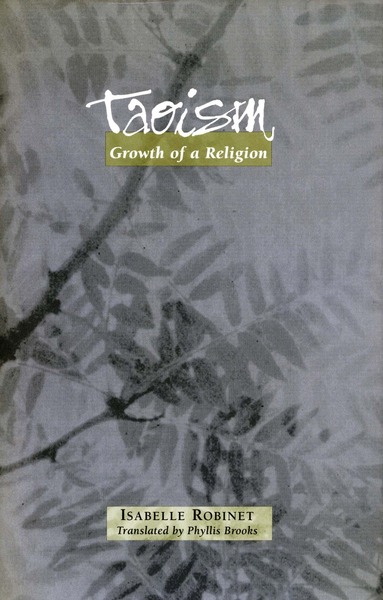 This is a survey of the history of Taoism from approximately the third century B.C. to the fourteenth century A.D. For many years, it was customary to divide Taoism into "philosophical Taoism" and "religious Taoism." The author has long argued that this is a false division and that "religious" Taoism is simply the practice of "philosophical" Taoism. She sees Taoism as foremost a religion, and the present work traces the development of Taoism up to the point it reached its mature form (which remains intact today, albeit with modern innovations).

The main aim of this history of Taoism is to trace the major lines of its doctrinal evolution, showing the coherence of its development, the wide varieties of factors that came into play over a long period of disconnected eras, the constant absorptions of outside contributions, and the progress that integrates them. The author shows how certain recurrent themes are treated in different ways in different eras and different sects. Among these themes are the Ultimate Truth, immortality, the Sage, the genesis and the end of the world, retribution for good and evil acts, representations of heavens and hells, and the connections between life and the spirit, between life and death, between man and society, and between mystical experience and the social form of religion.

The plan of the book is chronological, but the chronology is somewhat fluid given the way Taoism evolved; as it assimilated new features in the course of its growth, it never ceased to continue to develop the old ones. Thus the Celestial Masters sect, which is chronologically the first to attain a structure, is treated at the outset of the book though it exists down to our day, and the Shangqing tradition took shape in the fourth century though its glory years were under the Tang (618-907).

Isabelle Robinet is Professor of Chinese at the University of Aix-en-Provence.

"This is a work of monumental importance by arguably the foremost scholar of Taoism in the world. Insights from the study of Taoism are profoundly changing the way we view China's past, and this book fills the need for a comprehensive history that reflects the progress made in Taoist studies over the last few decades. Though Taoism is known to be an abstruse religion, Robinet lays bare its 'bones and sinews' in exceptionally clear language, one of the things that makes the book so valuable for classroom use."