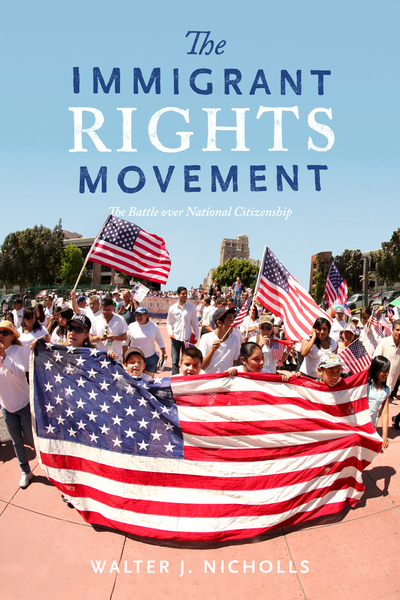 "In this daring volume Nicholls looks beyond the achievements and failures of the ever-developing immigrant rights' movement in the US to explore how the movement has changed the discourse, the scope, and the descriptive nature of national citizenship....In this highly accessible and readable book, Nicholls weaves together political and social theory throughout, making this text especially useful for classroom incorporation. Highly recommended."

"Future research could easily build on Nicholls's brilliant work....Rigorously corroborated, theoretically inspiring, and yet impressively readable, this book has much to offer students and scholars at all levels."

"The Immigrant Rights Movement is a must-read for anyone interested in migration rights, social movements, and the institutional reproduction of inequality. Nicholls provides an array of qualitative data, different forms of data presentation, and thought-provoking arguments about the constraints and opportunities of social movements. Though focused on immigration, this timely book generates broad reflection on the relationship between social movements and philanthropy, and debates about how disciplining a social movement occurs through the political elite."

"Nicholls's book convincingly highlights a key paradox that advocates and activists face when moving into the political field: the same conditions that allowed immigrant rights movements to become a political force wound up binding the movement to the very system it sought to change."