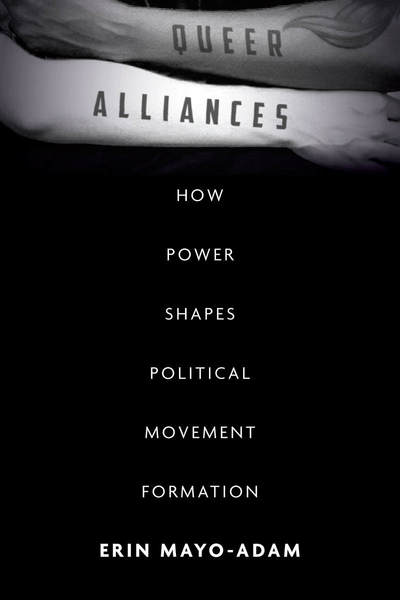 Through a detailed, multi-method study that involves archival research and in-depth interviews with organization leaders and advocates, Queer Alliances centers local, coalition-based mobilization across and within multiple movements rather than national campaigns and court cases that often occur at the end of movement formation. Mayo-Adam argues that the construction of common political movement narratives and a shared core of opponents can help to explain the paradoxical effects of coalition formation. On the one hand, the development of shared political movement narratives and common opponents can expand movements in some contexts. On the other hand, the episodic nature of rights-based campaigns can simultaneously contain and undermine movement expansion, reinforcing movement divisions. The book examines the extent to which inter- and intra-movement coalitions formed to win rights or thwart rights losses represent and serve intersectionally marginalized communities—groups that are often absent within contemporary accounts of social movement formation.