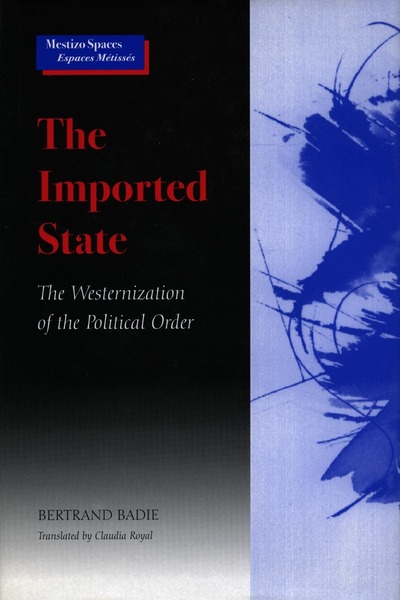 This book traces the rise of the modern state—a mode of organizing political power within a closed territory—in post-Enlightenment Europe and its spread to the remainder of the world, especially colonial and postcolonial societies. The result of a long process of evolution dating back to the Roman Empire, this new form of state was characterized by the coincidence of public power and public space and the legalization of political and social relations. Intimately linked to the transformation of Western European cultures at a time when their economic might allowed them to conquer many regions of the world, the modern state provided a model that was adopted in most countries.

The book analyzes the different conditions in which the modern state was grafted onto different cultural realities: a metropolitan model adopted by settlers or imposed as an instrument of colonial domination, or a representation of modernity selected by non-Western leaders out of fascination for its alleged efficiency and rationality. The author shows that, from the beginning, various logics of importation led non-Western cultures to invent their own practices of the state, thereby transforming the original model. In many countries, notably in postcolonial societies, discrepancies appeared between political actions and political representations and principles on which the state was supposed to rest. This has often led to political crises and breakdowns of legality and legitimacy, and to the formation of new types of social relations in spaces the state cannot control. At the international level, a similar phenomenon can be seen: international networks, based on trade links, religion, and culture, are now able to bypass official interstate relations.