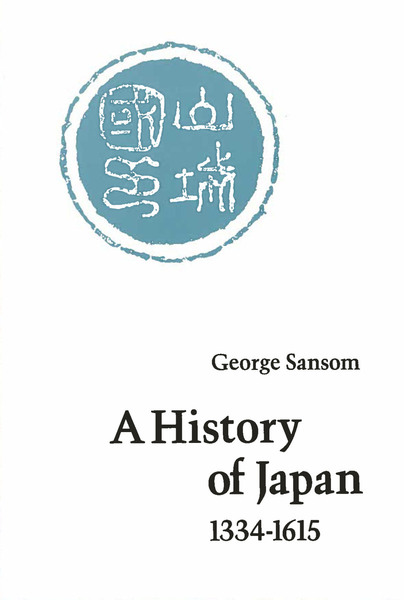 This is a straightforward narrative of the development of Japanese civilization from 1334 to 1615 by the author of Japan: A Short Cultural History. While complete in itself, it is also the first volume of a three-volume work which will be the first large-scale, comprehensive history of Japan.

Taken as a whole, the projected history represents the culmination of the life work of perhaps the most distinguished historian now writing on Japan. Unlike the renowned Short Cultural History, it is concerned mainly with political and social phenomena and only incidentally touches on religion, literature, and the arts. The treatment is primarily descriptive and factual, but the author offers some pragmatic interpretations and suggests comparisons with the history of other peoples.

A History of Japan: 1334-1615 describes the growth of a new feudal hierarchy, the ebb and flow of civil war, the rise and fall of great families, and the development amidst extreme political disorder of remarkable new features in institutional and economic life. This is the period of expanding relations with other parts of Asia and of the arrival of traders and missionaries from European countries—the first contact of Japan with the West. The volume ends with an account of the abortive invasion of Korea and the last outburst of the civil war that was terminated in 1615 by the victory of the first of the Tokugawa Shoguns, Ieyasu.