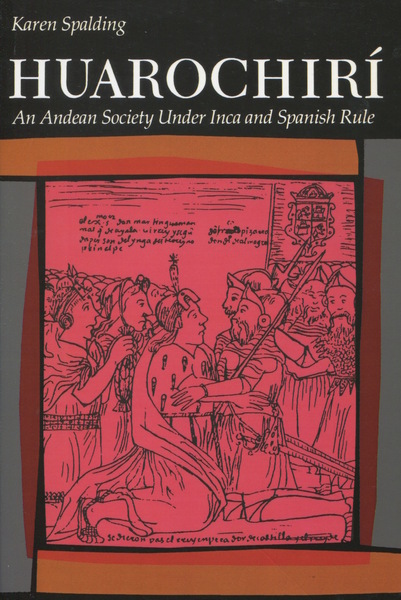 This is the first attempt at synthesis of the varied data—ethnographic, historical, archaeological, and archival—on the impact of the Spanish conquest and Spanish rule on Indian society in Peru. Although the Huarochirí region is a source of most of the case histories and illustrative material, this is not a narrow regional study but a major work illuminating one of the two centers, along with Mexico, of settled Indian civilization and Spanish occupation in America.

The author delineates the basic relationships upon which local Andean society was based, notably the kinship relations that, under the Incas, made possible the production of great surpluses and their efficient distribution in a region where markets were totally unknown. She then traces the impact of the Spanish colonial system upon Andean society, examining how the Indians responded to or resisted the political structures imposed upon them, and how they dealt with, were exploited by, or benefited from the Europeans who occupied their land and made it their own.

This is the story of a social relationship—a relationship of inequality and oppression—that endured for centuries of Spanish rule, and inevitably led to the collapse of Andean society.

Karen Spalding is Associate Professor of History at the University of Delaware.

"It is difficult to convey the wealth of information and ideas in this remarkable book. It is—and may remain for a long time—the best work in any language on the process of change in Andean society under Inca and Spanish rule."

"A study of such high quality, realized on so many levels, is indeed a rarity today."