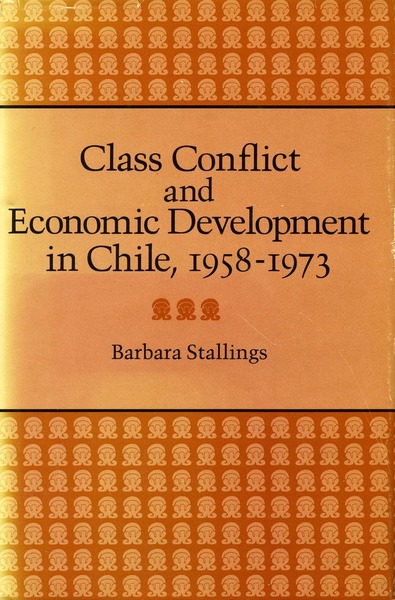 This account of the interplay of politics and economics in Chile in three successive administrations ending with the 1973 coup suggests that social class plays a major role in determining the outcome of economic policies in Latin America. As the author demonstrates, the nature of the class alliance that controls the state apparatus in Chile, together with the actions of foreign capital, determines not only the type of economic policies followed, but their outcomes as well.

A comparison of the three regimes of Jorge Alessandri (1958–64), Eduardo Frei (1964–70), and Salvador Allende (1970–73) is especially important because they represent the main approaches to economic development available to all Third World countries today. The three regimes are compared in terms of policies on property relations, government expenditure, credit, investment, wages, prices, employment, and foreign investment. The outcomes are analyzed through data on economic growth and income distribution. In a concluding chapter, the author comments on the meaning of the Chilean experience for other countries.

Barbara Stallings is the William R. Rhodes Research Professor at the Watson Institute for International Studies at Brown University.