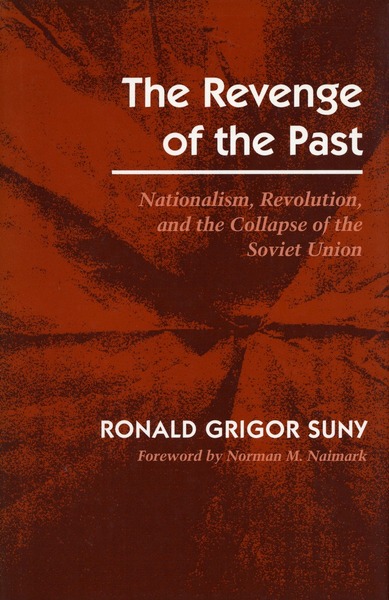 The Revenge of the Past
Nationalism, Revolution, and the Collapse of the Soviet Union
Ronald Grigor Suny Foreword by Norman M. Naimark

This timely work shows how and why the dramatic collapse of the Soviet Union was caused in large part by nationalism. Unified in their hostility to the Kremlin's authority, the fifteen constituent Union Republics, including the Russian Republic, declared their sovereignty and began to build state institutions of their own. The book has a dual purpose. The first is to explore the formation of nations within the Soviet Union, the policies of the Soviet Union toward non-Russian peoples, and the ultimate contradictions between those policies and the development of nations. The second, more general, purpose is to show how nations have grown in the twentieth century. The principle of nationality that buried the Soviet Union and destroyed its empire in Eastern Europe continues to shape and reshape the configuration of states and political movements among the new independent countries of the vast East European-Eurasian region.

"This is a briliant tour-de-force analysis of the history of ethnopolitics in the tsarist and Soviet empires. Students and scholars alike will welcome the succinct outline of state policies, social processes, and focal events forming the identities of groups and nations. . . . A very important and useful book . . . more durable than other recent publications dealing with the ethnic dimension of the Soviet collapse."

"Here is the book of choice if one wants a succinct treatment of nationalism past and present in the former Soviet Union."