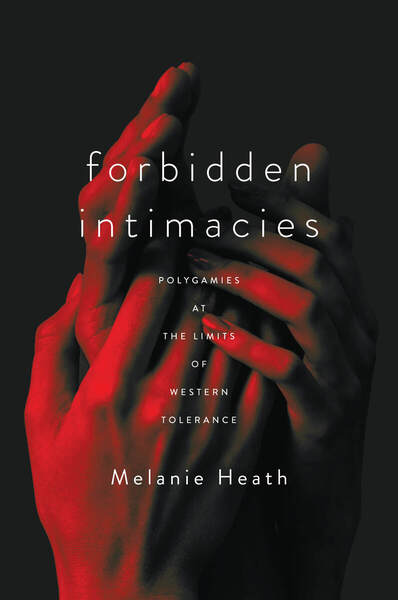 In the past thirty years, polygamy has become a flashpoint of conflict as Western governments attempt to regulate certain cultural and religious practices that challenge seemingly central principles of family and justice. In Forbidden Intimacies, Melanie Heath comparatively investigates the regulation of polygamy in the United States, Canada, France, and Mayotte. Drawing on a wealth of ethnographic and archival sources, Heath uncovers the ways in which intimacies framed as "other" and "offensive" serve to define the very limits of Western tolerance.

These regulation efforts, counterintuitively, allow the flourishing of polygamies on the ground. The case studies illustrate a continuum of justice, in which some groups, like white fundamentalist Mormons in the U.S., organize to fight against the prohibition of their families' existence, whereas African migrants in France face racialized discrimination in addition to rigid migration policies. The matrix of legal and social contexts, informed by gender, race, sexuality, and class, shapes the everyday experiences of these relationships. Heath uses the term "labyrinthine love" to conceptualize the complex ways individuals negotiate different kinds of relationships, ranging from romantic to coercive.

What unites these families is the secrecy in which they must operate. As government intervention erodes their abilities to secure housing, welfare, work, and even protection from abuse, Heath exposes the huge variety of intimacies, and the power they hold to challenge heteronormative, Western ideals of love.

Melanie Heath is Associate Professor of Sociology at McMaster University. She is the author of One Marriage Under God: The Campaign to Promote Marriage in America (2012) and co-author of The How To of Qualitative Research, second edition (2022).

"An important intervention into racialized gendered states and their making of marriage and intimacy norms. It beautifully exposes the social consequences of government regulation, reminding us that the family and home are not private spheres, especially among those stigmatized as different."

"This is a valuable contribution to the literature. It provides a fresh look at globalized pressures to rid western culture of controversial or unsavory practices, such as polygyny. Highly recommended."

"Forbidden Intimacies provides an outstanding and much-needed map of the many forms that polygamy takes across borders of nation, race, language, culture, law, policy, and time period. Melanie Heath's innovative methodologies, extensive data set, and analysis make the book an essential tool for historical, sociological, and legal investigations of family, and also for work on gaps between law-on-the-books and law-in-action."