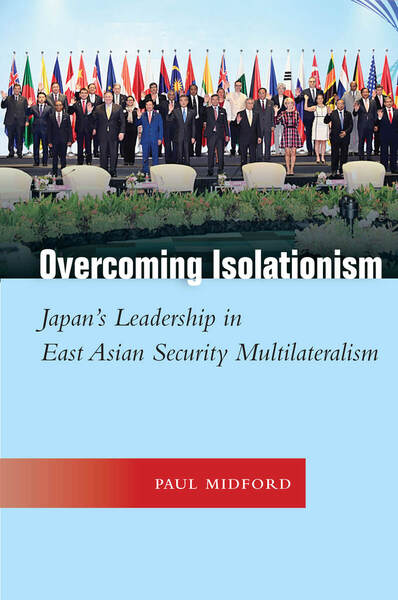 This book asks why, in the wake of the Cold War, Japan suddenly reversed years of steadfast opposition to security cooperation with its neighbors. Long isolated and opposed to multilateral agreements, Japan proposed East Asia's first multilateral security forum in the early 1990s, emerging as a regional leader. Overcoming Isolationism explores what led to this surprising about-face and offers a corrective to the misperception that Japan's security strategy is reactive to US pressure and unresponsive to its neighbors. Paul Midford draws on newly released official documents and extensive interviews to reveal a quarter century of Japanese leadership in promoting regional security cooperation. He demonstrates that Japan has a much more nuanced relationship with its neighbors and has played a more significant leadership role in shaping East Asian security than has previously been recognized.

Paul Midford is Professor in the Department of Sociology and Political Science and Director of the Japan Program at the Norwegian University of Science and Technology in Trondheim. His books include Rethinking Japanese Public Opinion and Security: From Pacifism to Realism? (Stanford, 2011).

"A tour de force of Japanese foreign policy studies, for both English- and Japanese-language scholarship. Overcoming Isolationism is cutting-edge thinking that raises the standard of scholarship for us all."

"By explaining how and why Japan pursued a proactive multilateral strategy in the Asia-Pacific region after the end of the Cold War, Paul Midford effectively corrects the country's reputation as a reactive state that defers to the United States regarding security policy. This book is essential for understanding this overlooked success story of Japanese foreign policy."

"In this magnum opus culminating almost 20 years of interview and archival research, Midford provides a compelling account of Japan's evolving regional security roles both in historical detail and with crisp policy relevance for a broader audience."

"In Overcoming Isolationism, Paul Midford explains why Japan suddenly charged ahead of a more cautious US government to advocate regional security forums, and how Tokyo won unexpected support for its new vision from across the region—and eventually from the United States."

"With its core centered on the Nakayama proposal, Overcoming Isolationism adds to our understanding of the internal dimensions of policymaking in Japan, showing the chaos of policy responses, the slow burn of ideas, and the expression of proposals through particular intellectual and political personalities."