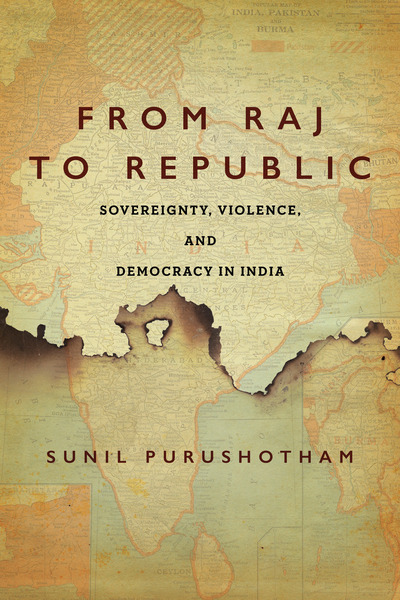 Between 1946 and 1952, the British Raj, the world's largest colony, was transformed into the Republic of India, the world's largest democracy. Independence, the Constituent Assembly Debates, the founding of the Republic, and India's first universal franchise general election occurred amidst the violence and displacement of the Partition, the uncertain and contested integration of the princely states, and the forceful quelling of internal dissent. This book investigates the ways in which these violent conjunctures constituted a postcolonial regime of sovereignty and shaped the historical development of democracy in India at the foundational moment of decolonization and national independence. From Raj to Republic presents a multifaceted history of sovereignty and democracy in India by linking together the princely state of Hyderabad's attempt to establish itself as an independent sovereign state, the partitioning of Punjab, and the communist-led revolutionary movement in the southern Indian region of Telangana. A national, territorial, republican, and liberal polity in India emerged out of a violent and contested process that forged new power relations and opened up historical trajectories with lasting consequences for modern India.

Sunil Purushotham is Associate Professor of History at Fairfield University.

"A brilliantly original account of India's Partition. Refusing to confine Partition to the remaking of borders and religious identities, Purushotham places its violence alongside other conflicts to argue that independent India fashioned its sovereignty by their forcible assimilation into a nation that no longer owed its authority to the colonial state."

"Purushotham vividly reconstructs the anguish and violence that preoccupied the early democratic republic as it emerged from under the debris of British imperial rule. This is a provocative and compelling new study of the chaotic history surrounding the reorganization of regional power and statehood in post-Partition India."

"Throughout the book, Purushotham demonstrates that he is a skilled historian. His work is grounded in the archive, and he capitalises on the fact that files from the Ministry of States at the National Archives of India have been opened, providing a rich picture of political developments over the years of independence, partition and the integration of the princely states. In addition, he deploys materials from state archives, non-official institutions, newspapers, published reports and memoirs to good effect."