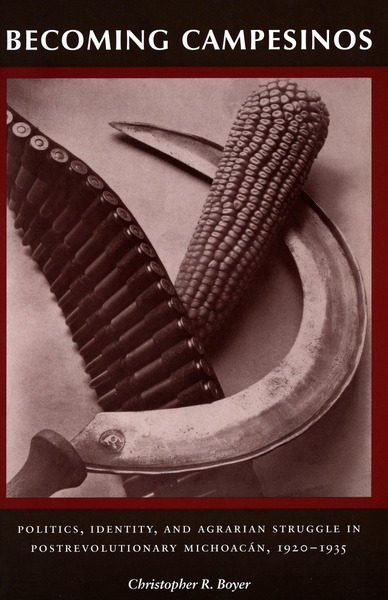 Becoming Campesinos argues that the formation of the campesino as both a political category and a cultural identity in Mexico was one of the most enduring legacies of the great revolutionary upheavals that began in 1910. Challenging the assumption that rural peoples "naturally" share a sense of cultural solidarity and political consciousness because of their subordinate social status, the author maintains that the particular understanding of popular-class unity conveyed by the term campesino originated in the interaction of post-revolutionary ideologies and agrarian militancy during the 1920s and 1930s.

The book uses oral histories, archival documents, and partisan newspapers to trace the history of one movement born of this dynamic—agrarismo in the state of Michoacán. The author argues that the interaction of grassroots militancy and political mobilization from the top meant that the rural populace entered the political sphere, not as indigenous people or rural proletarians, but as a class-like social category of campesinos.

Christopher R. Boyer is Assistant Professor of History and Latin American and Latino Studies at the University of Illinois at Chicago.

"...a wonderful and compelling account of the politics of agrarismo in Michoacan."

"This is a wonderful leading-edge aproach to one of the fundamental issues of modern Mexican history, and it is profoundly revisionist."