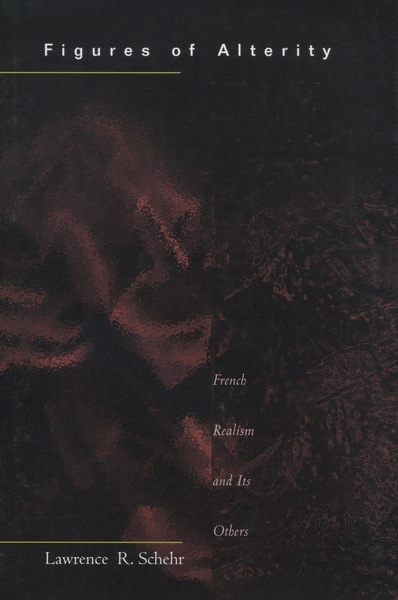 Figures of Alterity
French Realism and Its Others
Lawrence R. Schehr

This book focuses on the extension of realist writing toward alterity, toward otherness, in its ongoing efforts to enable individuals to speak and be heard correctly. Through a series of close readings of six authors from Balzac to Proust, the author shows the ways realist narrative engages the problem of bringing the other into the realm of the discursively representable. The acts of representation involved in that development were not necessarily coterminous with either the representation of the exotic and its attendant stereotypes or with the representation of individuals themselves. The representation of the other was the extension of discourse to what was previously unrepresentable. The author argues that the unrepresentable is often perceived as oppositional because of the structuring of discourse by hierarchies and metaphysics, whereby any bivalent pair is made into an oppositional pair.

Lawrence R. Schehr is Professor of French at the University of Illinois. His most recent books are Rendering French Realism (Stanford, 1997) and Parts of an Andrology: On Representations of Men's Bodies (Stanford, 1997