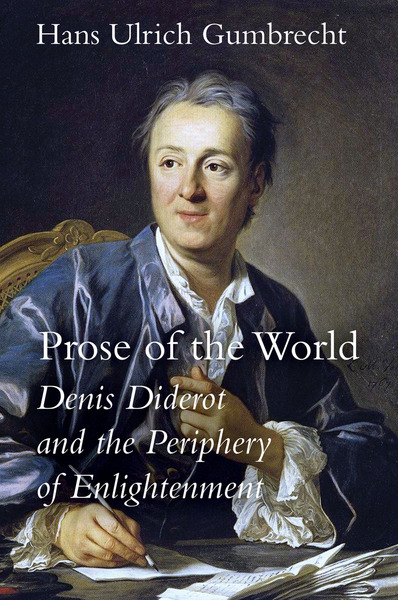 Philosopher, translator, novelist, art critic, and editor of the Encyclopédie, Denis Diderot was one of the liveliest figures of the Enlightenment. But how might we delineate the contours of his diverse oeuvre, which, unlike the works of his contemporaries, Voltaire, Rousseau, Schiller, Kant, or Hume, is clearly characterized by a centrifugal dynamic?

Taking Hegel's fascinated irritation with Diderot's work as a starting point, Hans Ulrich Gumbrecht explores the question of this extraordinary intellectual's place in the legacy of the eighteenth century. While Diderot shared most of the concerns typically attributed to his time, the ways in which he coped with them do not fully correspond to what we consider Enlightenment thought. Conjuring scenes from Diderot's by turns turbulent and quiet life, offering close readings of several key books, and probing the motif of a tension between physical perception and conceptual experience, Gumbrecht demonstrates how Diderot belonged to a vivid intellectual periphery that included protagonists such as Lichtenberg, Goya, and Mozart. With this provocative and elegant work, he elaborates the existential preoccupations of this periphery, revealing the way they speak to us today.

"Innovative, lively, and full of ideas and insights, Prose of the World is a major contribution to our understanding and appreciation of Diderot's thought."

—Thomas Pavel, author of The Lives of the Novel: A History

"This book represents a significant contribution by one of the world's leading literary scholars and public intellectuals, whose deep familiarity with the history of ideas and philosophy display a rare ingenuity."

—Markus Gabriel, author of Why the World Does Not Exist