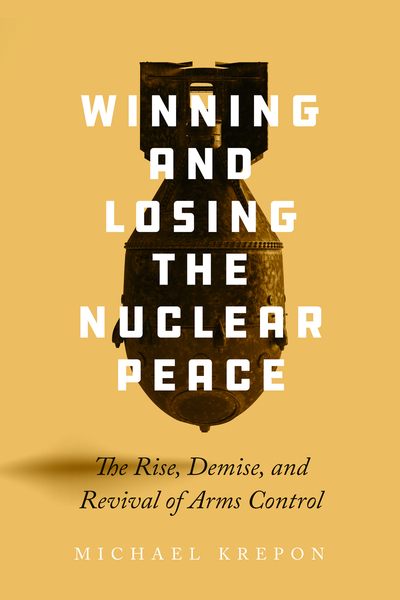 Winner of the 2022 Douglas Dillon Award, sponsored by the American Academy of Diplomacy.

"Winning and Losing the Nuclear Peaceis a magisterial assessment of the entire eight decades of diplomatic history of nuclear arms control and its symbiotic relationship with deterrence. Michael Krepon covers both East-West negotiations and non-proliferation efforts world-wide, focusing on the people who made nuclear arms control and those who opposed them – their motives, tactics, the interactions among them, their successes and failures, as well as the political environments in which they operated. The book is written in an engaging prose making the subject accessible not just to experts, but also to general audiences and students. It is likely to remain the standard reference for many years"

"Arms control is what states make of it. The criteria for its success or failure are often underspecified, leaving it open to an unnecessarily broad range of criticism. Krepon's magisterial account emphasises the hard work and political vision that even a modest approach to arms control entails. Future generations of arms-controllers will find rich insights in this important book."

"Winning and Losing the Nuclear Peace is... a passing of the baton from one of the elder statesmen of American arms control – a baton wrapped in marching orders for a new generation of analysts and advocates."