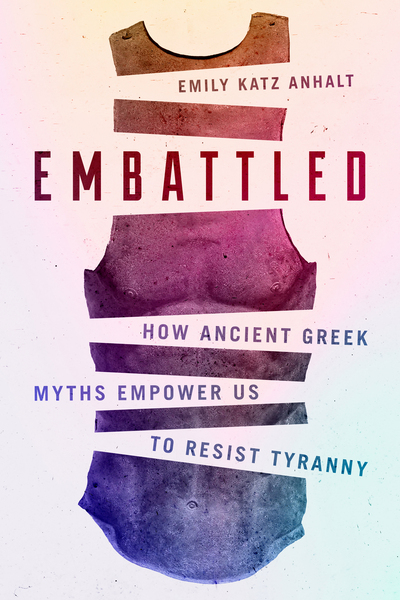 "Anhalt's prose is wonderfully readable and at the same time deeply scholarly. She elucidates the social/political/psychological realities represented in these classic texts and demonstrates how critical reading of literature enables one to see one's own realities and their inherent dangers more clearly...Recommended."

Our current political climate presents us with steep challenges. We could start by working toward exposing more students, and others, to these stories and texts in the first place. Even that seems an increasingly high bar. An engaging and readable volume like this one can help by presenting readers with the complexities and subtleties of Homer and the tragedies in an accessible way, and by encouraging us all to think with these myths as we try to understand our modern world, and, one hopes, work to improve it."

The Arts Fuse
What can ancient Greeks teach us about resisting tyranny?