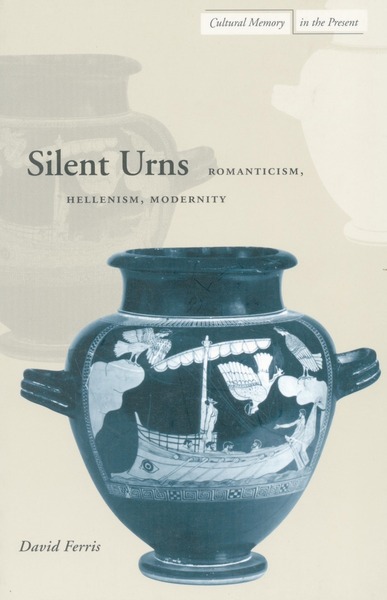 The study of Greece as an icon of culture appears to be as old as Greece itself, as if, like Pallas Athene springing from the head of Zeus, its cultural significance had attained full maturity at birth. In Silent Urns, the author reveals how Greece attained such significance as the result of the attempt to reconcile individuality, freedom, history, and modernity in eighteenth-century aesthetics. He argues that Winckelmann's History of Ancient Art (1764) produced this reconciliation by developing a concept of culture that effectively defined our modern understanding of the term, as well as our sense of what it is to be modern. From this reconciliation, Greece emerges as the form in which culture is first conceptualized as a historically and politically defined category.

In readings of works by Keats, Schelling, Aeschylus, Shelley, and Hölderlin, the author studies different aspects of Winckelmann's conceptualization of culture as it passes into Romantic Hellenism. Through these readings—in which individuality, identity, freedom, the tragic, and memory are all discussed—the book demonstrates how Romanticism took issue with the legacy of Greece that emerged in the eighteenth century, and did so in the name of a freedom that our cultural modernity no longer recalls.

David Ferris is Associate Professor of Comparative Literature at the Graduate Center, City University of New York. He is the author of Theory and the Evasion of History and the editor of Walter Benjamin: Theoretical Essays (Stanford, 1996).