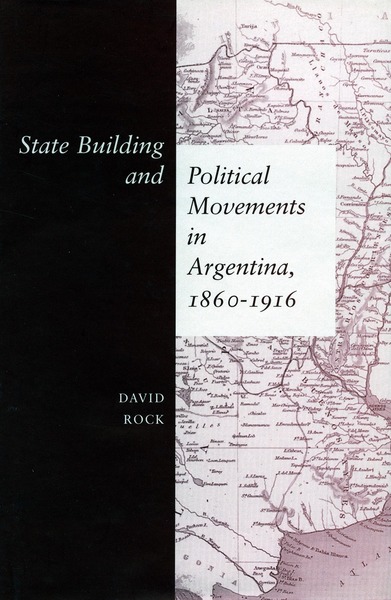 In the late nineteenth and early twentieth centuries, under the political system known as the oligarchy, Argentina evolved from a dictator-dominated backwater to the leading nation in Latin America. This book examines the formation of a formidable nation-state by studying three political movements: Mitrismo, led by Bartolomé Mitre; Roquismo, under General Julio A. Roca, which ruled the country from the 1860s to 1910; and Radicalismo, a political movement headed by Leandro N. Alem and Hipólito Irogoyen that sought to replace the oligarchy with a more democratic system.

The book focuses on the methods these three political movements employed to attract allies in the rural provinces in order to create a national political coalition. Mitre enjoyed only a brief period of national dominance in the 1860s, his chief weakness being a narrow power base centered in Buenos Aires, which he was unable to extend. Roca began his career outside Buenos Aires in Córdoba, and came to power through a combination of military victories and the cultivation of local political support. In many respects, Radicalismo later succeeded by copying Roca's techniques of winning the support of provincial governors and local justices of the peace.

Through its overarching themes of consolidation and coalition building, the book addresses several significant issues in Argentine politics during the period, such as the fate of the Federalists and the regional warlords, whom Mitre and his successors attempted to destroy but who were absorbed by Roca into his movement. It also studies the complex internal politics of Buenos Aires, including the formation of the Autonomist Party and the rebellions of 1880 and 1890.

David Rock is Professor of History at the University of California, Santa Barbara. His most recent book is Authoritarian Argentina: The Nationalist Movement, Its History and Its Impact.

"This very important work covers a significant period in Argentine history when that nation was making one of the most dramatic political and economic transformations of any country on earth. It will, I believe, be the standard treatment of the subject for some time to come."

"An important study of elite politics during the last half of the nineteenth century . . . .State Building and Political Movements in Argentina is a difficult book to work through—but its insights are well worth the effort."

"[This book] will be counted among the most important books on the subject for years to come."

"A formidable contribution to the English-language literature on Argentina and the political history of Spanish America, this book...provides a fresh and challenging survey of Argentina's first century."

"This book is an excellent historical synthesis of a period of tremendous political turmoil and change... The author highlights a crucial paradox that guided the liberal leaders who envisioned and built the nation state from the 1830s through the 1870s..."