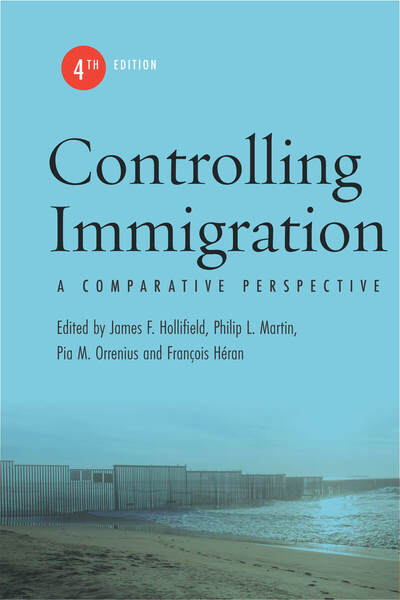 The fourth edition of this classic work provides a systematic, comparative assessment of the efforts of major immigrant-receiving countries and the European Union to manage migration, paying particular attention to the dilemmas of immigration control and immigrant integration.

Retaining its comprehensive coverage of nations built by immigrants—the so-called settler societies of the United States, Canada, Australia and New Zealand— the new edition explores how former imperial powers—France, Britain and the Netherlands—struggle to cope with the legacies of colonialism, how social democracies like Germany and the Scandinavian countries balance the costs and benefits of migration while maintaining strong welfare states, and how more recent countries of immigration in Southern Europe—Italy, Spain, and Greece—cope with new found diversity and the pressures of border control in a highly integrated European Union.

The fourth edition offers up-to-date analysis of the comparative politics of immigration and citizenship, the rise of reactive populism and a new nativism, and the challenge of managing migration and mobility in an age of pandemic, exploring how countries cope with a surge in asylum seeking and the struggle to integrate large and culturally diverse foreign populations.

James F. Hollifield is Ora Nixon Arnold Professor of International Political Economy and Director of the Tower Center at Southern Methodist University. His other books include Understanding Global Migration (Stanford, 2022)..

François Héran is Professor at the Collège de France, where he holds the chair in Migrations and Societies.

"Comprehensively revised, this classic work is still a must read for anyone involved in migration issues. Addressing the dilemmas of migration control, especially the "liberal paradox," a term first coined by James Hollifield, each chapter skillfully discusses how migration states wrestle with these dilemmas and how societies are transformed by immigration."

—Pieter Bevelander, Professor at Malmö University and Director of the Malmö Institute for Studies of Migration, Diversity and Welfare

"Migration is one of the defining issues of the 21st century. The fourth edition of Controlling Immigration surpasses prior ones in scope and content. The book provides a valuable comparative perspective on immigration policies in both emerging and traditional countries of immigration. A must read for academics and policymakers alike."

"Updated in light of a rise of populist nationalisms, a global pandemic, and a surge in forced migrations, the fourth edition of Controlling Immigration is more indispensable than ever. Its distinguished contributors provide comprehensive overviews and vital analyses of immigration issues. As the severe gap between immigration policy goals and achievements continues to deepen, scholars, policymakers, and citizens need the knowledge this volume provides."

—Rogers M. Smith, Professor of Political Science at the University of Pennsylvania