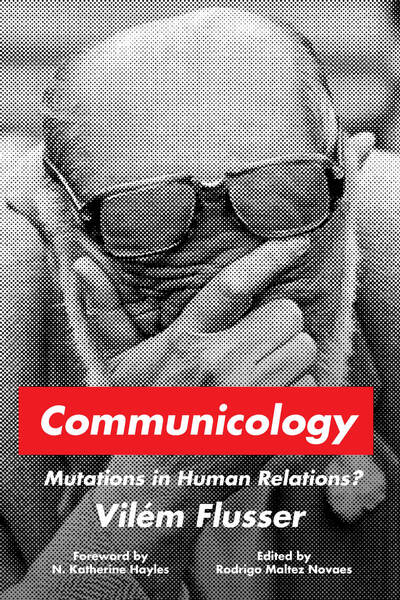 Communicology is Vilém Flusser's first thesis on his concepts of technical images and technical imagination. In this foundational text he lays the groundwork for later work, offering a philosophical approach to communication as a phenomenon that permeates every aspect of human existence. Clearly organized around questions such as "What is Communication?," "What are Codes?," and "What is Technical Imagination?," the work touches on theater, photography, film, television, and more. Originally written in 1978, but only posthumously published in German, the book is one of the clearest statements of Flusser's theory of communication as involving a variably mediated relation between humans and the world. Although Flusser was writing in the 1970s, his work demonstrates a prescience that makes it of significant contemporary interest to scholars in visual culture, art history, media studies, and philosophy.

The philosopher Vilém Flusser (1920–1991) is best known for his work in media theory after publishing his seminal book Towards a Philosophy of Photography (1983), which was followed shortly by Into the Universe of Technical Images (1985) and Does Writing Have a Future? (1987).

Rodrigo Maltez Novaes is an artist, translator and editor. He worked on the general reorganization of the Vilém Flusser Archive in Berlin as a researcher in residence between 2009–2014 and has translated several of Vilém Flusser's works from Portuguese into English.

"If you are in search of Flusser the media theorist, indeed, if you are seeking to understand how information works, Communicology is it. Flusser teases out the kinds of fundamental questions that are at the core of the human experience."

"Communicology is a central work for any appraisal of Flusser's thinking, and an innovative and singular introduction to media theory."

"Communicology is an important work for the study of media theory in general and, more specifically, Flusser's own communication theory."