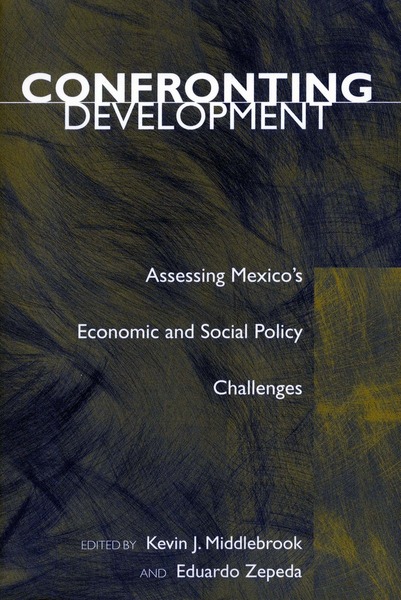 Since the 1980s, Mexico has alternately served as a model of structural economic reform and as a cautionary example of the limitations associated with market-led development. Because of the importance of the Mexican experience in continuing debates about options available to developing countries, the twenty-three contributors to this book provide a comprehensive, interdisciplinary assessment of the principal economic and social policies adopted by Mexico during the 1980s and 1990s.

Mexico was a pioneer in the shift away from state-led industrialization and the adoption of market-oriented policies. As a consequence, Mexico emerged as Latin America's largest exporter of manufactured goods, which provided the country's most dynamic source of economic growth. Yet trade and investment expansion also significantly increased the Mexican economy's vulnerability to external shocks. A profound financial crisis in 1994-95 deeply affected Mexico's economic stability and rate of growth, and raised persistent questions about whether the country's new economic model is capable of achieving sustained growth and equitable socioeconomic development.

The topics covered in the book are (1) macroeconomic and financial policies, including the impact of the adjustment process on growth, inflation, foreign and domestic debt burdens, the Mexican banking system, and foreign investment; (2) trade, export-led growth, and industrial policies, with attention to key actors and strategies behind the rapid expansion of Mexican manufactured exports and the limitations of this export-led growth model for national development; (3) social policies and rural development issues, focusing on education, health care, pensions, and problems affecting rural Mexico; and (4) poverty, inequality, and employment problems, notably income distribution and poverty trends, the efficacy of poverty-alleviation policies, urban and regional disparities, and the effects of economic liberalization on employment and wage levels. A final overview section analyzes the Mexican development experience of the 1980s and 1990s in historical and comparative context.

Kevin J. Middlebrook is Lecturer in Politics at the Institute of Latin American Studies, University of London. He is the author of The Paradox of Revolution: Labor, the State, and Authoritarianism in Mexico, among other works. Eduardo Zepeda in Research Professor of Economics at the Universidad Autónoma Metropolitana-Azcapotzalco, Mexico City. He is the co-editor of North American Integration: Theory and Practice, as well as several studies of the Mexican economy.