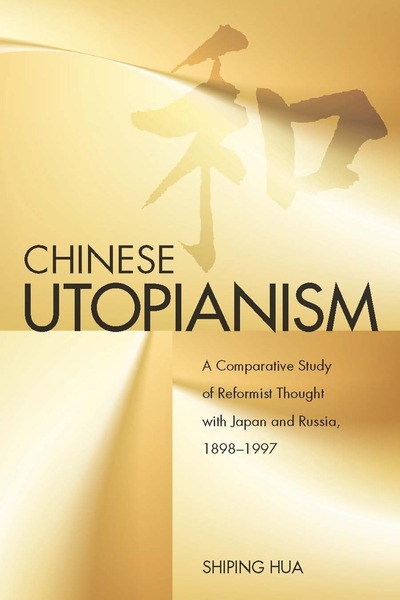 Winner of the 2011 Distinguished Research and Publication Award, sponsored by the Association of Chinese Professors in Social Sciences (USA).

Chinese Utopianism offers a new explanation of extreme radicalism in Chinese reform movements from the late nineteenth century through the Cultural Revolution and into the post-Mao era. By studying comparable Japanese and Russian reforms that have, in contrast, pulled their societies back toward the center, Shiping Hua demonstrates how datong—an ancient concept that can be translated as "great harmony"—and other elements of Chinese thought have led China down a unique political path.

Shiping Hua is Professor of Political Science at the University of Louisville.

"I commend the author for a brave attempt to bring a comparative perspective to the fairly parochial field of Chinese studies. I would recommend the book for students interested in Chinese utopianism. It could be an interesting springboard for critical discussion."

"Shiping Hua argues that cultural factors can help explain why, under similar circumstances, the leaders of different countries undertake different strategies . . . [T]his book is a very interesting and insightful contribution to the fields of Chinese political culture and comparative political thought."

"[Chinese Utopianism] would be well suited to interdisciplinary courses in social sciences and humanities. All readers will benefit from the challenging views and insightful analysis it presents."

"Even readers skeptical of the political culture approach will find this book useful."

—John A. Rapp, The China Journal

"Hua conducts an ambitious comparative study of the influence of different strands of utopianism on political reform movements in China, Japan, and Russia . . . His argument is elegant and easy to follow."

"It is hard to imagine a reader who would not find stimulating both the ideas and the range of material cited in Chinese Utopianism. Shiping Hua should be congratulated for taking on the grand themes of continuity and cultural difference. The result is a unique examination of modern Chinese political culture and its traditional roots."

"The value and novelty of Chinese Utopianism lie in it synthesis of the cases compared. Hua's overall thesis that there is a prospensity toward utopianism in Chinese political culture not shared by either Japan or Russia is an original take, and will likely provoke important discussion and debate."