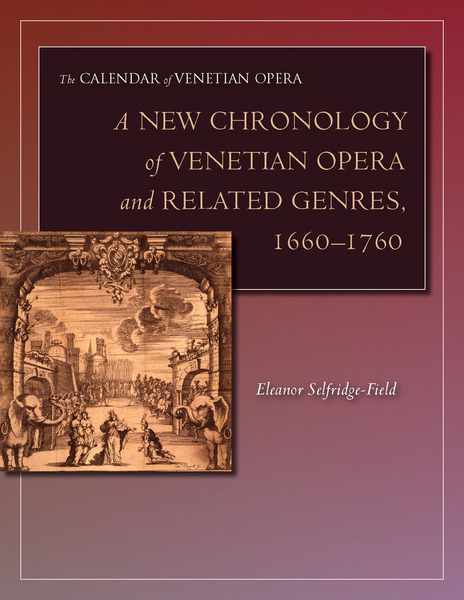 Winner of the 2008 MLA Prize for a Distinguished Bibliography, sponsored by the Modern Language Association.

From 1637 to the middle of the eighteenth century, Venice was the world center for operatic activity. No exact chronology of the Venetian stage during this period has previously existed in any language. This reference work, the culmination of two decades of research throughout Europe, provides a secure ordering of 800 operas and 650 related works from the period 1660 to 1760. Derived from thousands of manuscript news-sheets and other unpublished materials, the Chronology provides a wealth of new information on about 1500 works. Each entry in this production-based survey provides not only perfunctory reference information but also a synopsis of the text, eyewitness accounts, and pointers to surviving musical scores. What emerges, in addition to secure dates, is a profusion of new information about events, personalities, patronage, and the response of opera to changing political and social dynamics. Appendixes and supplements provide basic information in Venetian history for music, drama, and theater scholars who are not specialists in Italian studies.

Eleanor Selfridge-Field is Consulting Professor of Music and Co-Director of the Center for Computer-Assisted Research in the Humanities at Stanford University. She is the author of many books and articles in various fields, including Beyond MIDI (1997); The Music of Benedetto and Alessandro Marcello (1990); and Venetian Instrumental Music from Gabrieli to Vivaldi (1975).

"The difficulties in establishing a chronology of Venetian opera have plagued scholars for centuries. . . . In A New Chronology of Venetian Opera and Related Genres, 1660-1760, Eleanor Selfridge-Field, using sources not fully exploited before, has resolved nearly all the problems. . . . This is a major accomplishment, and will make the book an important reference tool."

"What a wonderful resource for lovers of La Serenissima. These books give one a terrific sense of the place and its vibrant cutlure. One wants to travel back in time to be a part of it."

"The phenomenon of Venetian opera in the late seventeenth and early eighteenth centuries, though of great importance both historically and artistically, is still poorly understood. A New Chronology of Venetian Opera is without doubt the most remarkable work on Venetian opera for the period 1660-1760 to appear in many decades. To have arranged in a so homogeneous and coherent a series thousands of pieces of information of such disparate origins is in itself a titanic effort. A New Chronology highlights the conditions that influenced the mechanisms of production, the diverse levels of theatrical genres, and the selection of dramatic subjects."

"It is a surprising fact that there has been no all-embracing chronology of the Venetian stage, indubitably the princess of all stages, since Wiel's study of 1897. In its wide-ranging remit, A New Chronology takes in most of what is currently known to be available in primary and secondary sources. It also adds a good deal of information not available previously."

"Many readers will find their needs met by the New Chronology, with its concise introduction to Venice's theatrical seasons and repertory; those wanting full or detailed information on time and its measurement, the definition of the theatrical seasons or the relation between these and Venetian society and customs in general will have to consult Song and Season." 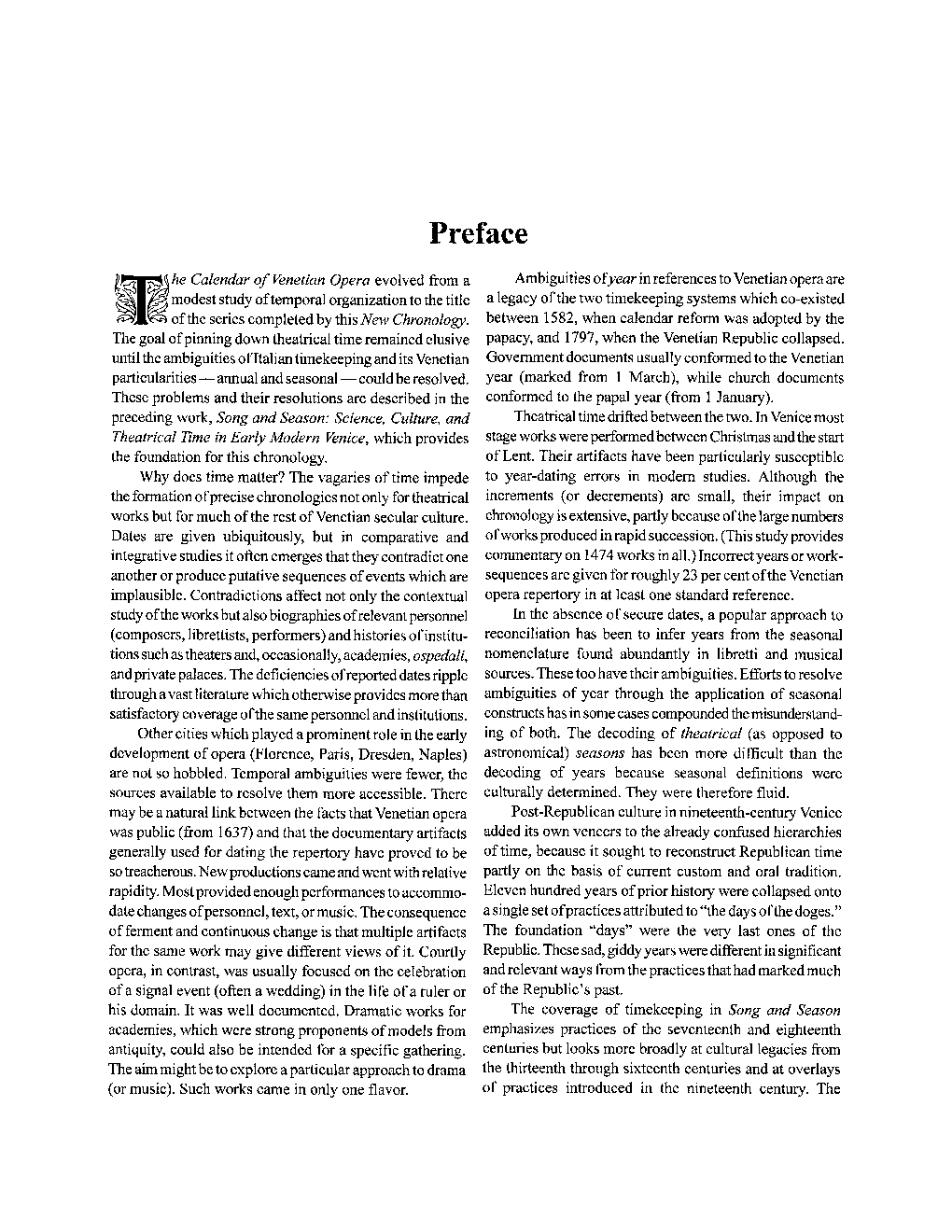 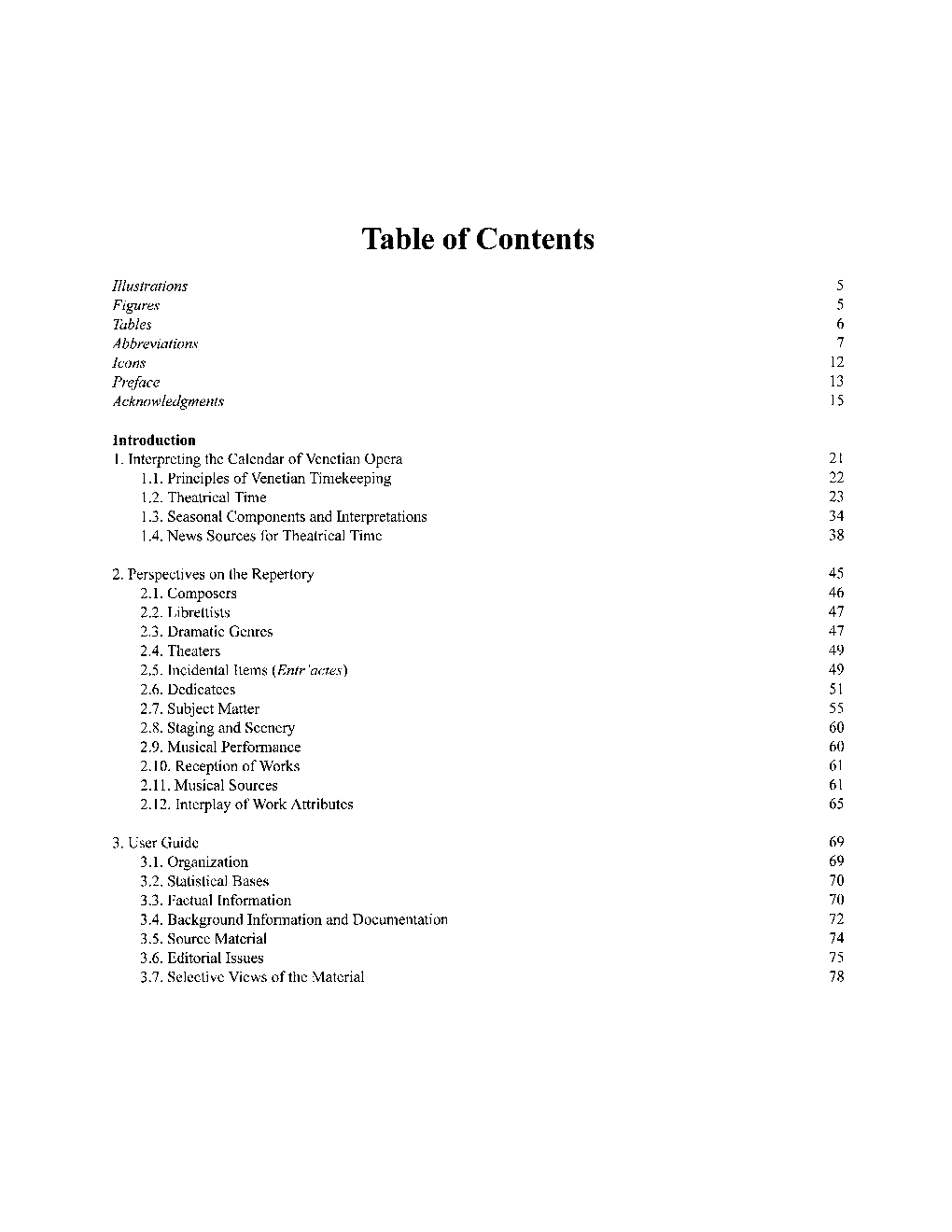