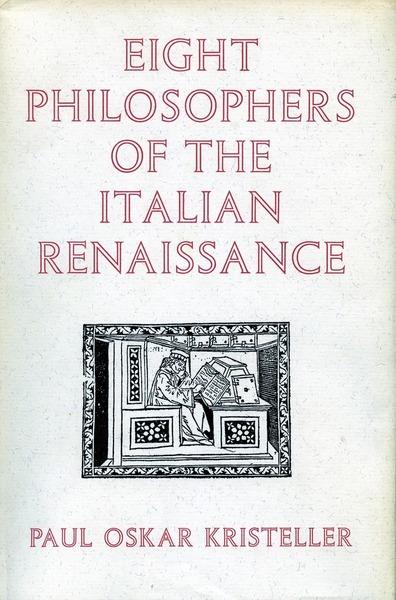 Italian Renaissance thought has been gaining ever-increasing recognition as seminal to the thought of the whole Renaissance period, affecting in many subtle ways the development and understanding of artistic, literary, scientific, and religious movements. The importance, then, of this detailed and careful survey of Italy's leading Renaissance philosophers and the intricate philosophical problems of the time can scarcely be exaggerated.

Based upon the 1961 Arensberg Lectures, given at Stanford University, this collection of essays offers a genuinely unified interpretation of Italian Renaissance thought by describing and evaluating the philosophies of eight pivotal figures: Petrarch, Valla, Ficino, Pico, Pomponazzi, Telesio, Patrizi, and Bruno. The essays not only discuss the life, writings, and main ideas of these eight thinkers, but also establish through a connective text, the place each of them occupies in the general intellectual development of the Italian Renaissance.

Paul Oskar Kristeller is Professor of Philosophy at Columbia University, and the author of several books, including Renaissance Thought and The Philosophy of Marsilio Ficino.