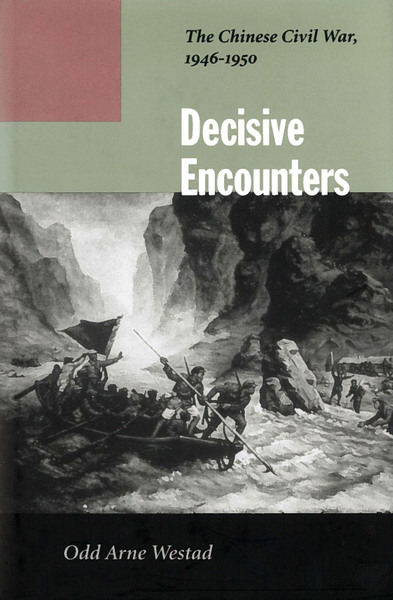 The Chinese Civil War was one of the key conflicts of the twentieth century. The Communist victory determined Chinese history for several generations, and defined international relations in East Asia during the Cold War and after. Despite its importance and scope—its battles were the largest military engagements since World War II—until now remarkably little has been known about the war, and even less about its effects on the societies that suffered through it. This major new history of the Chinese Civil War attempts to answer two central questions: Why was the war fought? What were the immediate and the lasting results of the Communists’ victory?

Though the book highlights military matters, it also shows how campaigns were mounted alongside profound changes in politics, society, and culture—changes that ultimately contributed as much to the character of today’s China as did the major battles. By analyzing the war as an international conflict, the author explains why so much of the present legitimacy of the Beijing government derives from its successes during the late 1940s, and reveals how the antagonism between China and the United States was born.

Odd Arne Westad is a University Reader in International History at the London School of Economics and Political Science. Among his many books is Brothers in Arms: The Rise and Fall of the Sino-Soviet Alliance, 1945-1963 (Editor) (Stanford and Woodrow Wilson Center Press, 1998

"Offers meticulous research, drawing on classic reports, recent memoirs, and scholarship in Chinese, Russian, and English based on archival research. . . . More important, [Westad] weaves a grand, sweeping epic of social, cultural, and economic conflict that includes but goes beyond political and military battles. . . . Highly recommended for academic libraries and collections in Chinese history."

"This remarkable survey of a crucial period of Chinese history deserves to be widely read."

"This book is of fundamental importance to understanding twentieth-century Chinese history, comparative revolution, and early Cold War history. Weaving together strands of military, social, political, and international history, Westad provides by far the best empirically grounded, multi-archival, and comprehensive nationwide analysis of how the Chinese Communist Party achieved victory in the Chinese Civil War of 1946-1950."

"Odd Arne Westad has written a key work on the civil-war period as well as an essential bibliographic starting point for further research."

"Decisive Encounters is a highly readable, comprehensive, and reliable account of a war whose importance we all know but which nonetheless has received little attention."