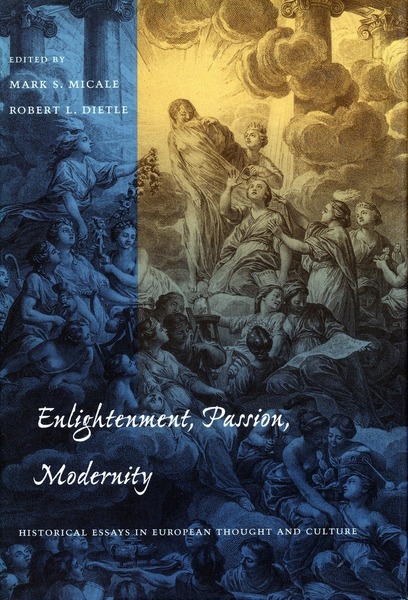 During the 1970s and 1980s, the study of intellectual and cultural history was often denigrated for its alleged elitist and canonical nature. Today, the situation has changed dramatically. Enriched by the methods and insights of such neighboring areas of inquiry as social history, the history of mentalités, linguistics, anthropology, literary theory, and art history, intellectual and cultural history is experiencing a renewed vitality. The far-ranging essays in this volume, by an internationally distinguished group of scholars, represent a generous sampling of these new studies.

The book is in five parts: The Enlightenment and Its Heritages; Mind and Culture in the Victorian Middle Classes; European Cultural Modernism; Culture, Politics, and Society in Twentieth-Century Germany; and Freud and the History of Psychoanalysis. Striking for its interdisciplinarity, the volume includes essays in political theory, historical philosophy, cultural criticism, theology, literature, medicine, and psychoanalysis. Among the topics are Thomas Hobbes's civil science, Enlightenment philosophies of history, ancien régime pornography, German modernist architecture, T. S. Eliot's social criticism, the history of cultural censorship in Germany, German-Jewish women during the Nazi persecution, and Freud's attitudes toward death and dying.

Mark S. Micale is a University Research Fellow at the University of Manchester. Robert L. Dietle is Assistant Professor of History at Western Kentucky University.