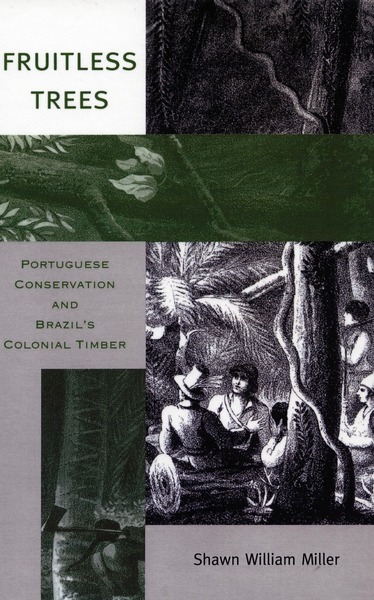 For the most part, Brazil's forests were not harvested, but annihilated, and relatively little was extracted for the benefit of Brazilians, a tragedy perhaps worse than deforestation alone. Fruitless Trees aims to make sense of what at first glance appears to be the senseless destruction of Brazil's incomparable timber.

The forests have always been Brazil's most striking natural resource, and the Portuguese colonists anticipated enormous returns from its harvest, since Brazilian timber was more abundant and superior in quality to anything known in Europe, North America, or even Portugal's East Indian possessions. This work investigates the relationship between Portugal's colonial forest policies and the successes of the colonial venture, showing how forest law shaped the fortunes of the timber sector and promoted or obstructed colonial development. Timber was the steel, oil, coal, and plastic of the early modern period, and the effectiveness of its extraction affected nearly every branch of the colonial economy.

Challenging previous scholarship that simply ascribed the destruction of Brazil's remarkable forests to the Europeans' voracious greed and inherent hostility to the forest, the author argues that we must delineate the extent to which tropical timber was put to advantageous ends, and explore precisely why so large a proportion of Brazil's timber was incinerated rather than converted to colonial wealth.

Although Brazil exported substantial quantities of timber to Europe, the total amount fell far below expectations. The author attributes this in part to several ecological and geographical factors including the lack of common stands, the preponderance of timbers too dense to be floated inexpensively downstream, and the dearth of safe ports and navigable rivers. But the most significant factor in timber's unexpectedly poor showing was the Crown's effort from 1652 to monopolize Brazil's best timbers. The Portuguese king's declaration that Brazil's best timbers belonged to him exclusively resulted in vast tracts of timber being resentfully set afire by Brazilians who had no incentive to harvest them.

"Miller's fascinating and original comparative study of the colonial Brazilian timber industry . . . is an important contribution to the almost virgin field of Brazilian environmental history in the colonial period."

"[An] impressive collection of original documents and economic sources. . . ."