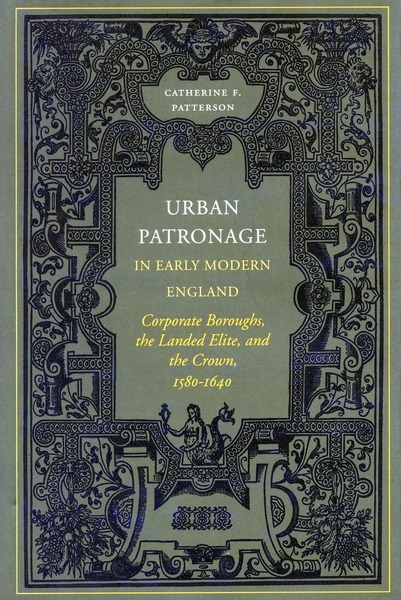 This study of politics in early modern England uses the relations between provincial towns, the landed elite, and the crown to argue that the growth of connections, as much as of conflict, explains the development of early modern government.

Institutions provided a basic structure, but government relied on individuals and patronage for the articulation of political power. Patronage linked the powerful with the petitioners, enabling not only communication but also access and enforcement; personal connections made government work. This book shows the paradigmatic nature of patronage by examining how corporate towns adapted to new demands and needs by innovative use of personal connections.

The author traces the networks of personal relationships that provided dynamic interaction between central and local government. Borough corporations used these connections to further local business, but in the process, they bound their localities more tightly to the English state. Cultivation of patronage relations with peers and gentry gave townsmen access to the halls of power. In return for political favor and practical service, corporators offered patrons deference and obedience, gifts and hospitality, and office and authority. Clients gained benefits, patrons acquired prestige, and the crown increased its power.

The patterns of connection that helped shape the state are revealed in five thematic chapters and a case study, employing manuscript and printed records from over thirty provincial towns, from noble and gentle patrons, and from the central government from the 1580s to 1640. Rather than seeking independence or isolation from other authorities, corporate leaders worked to integrate themselves into the larger patterns of the state. Patronage offered a vital tool that suited both local needs and the royal will. Urban Patronage both illuminates the increasing cohesiveness of the English state and reveals the increasing stresses that plagued early Stuart government.

Catherine Patterson is Assistant Professor of History at the University of Houston.

"This work is an important contribution to our understanding of society and politics in early Modern England and will be an important resource for scholars and students of early modern English history."