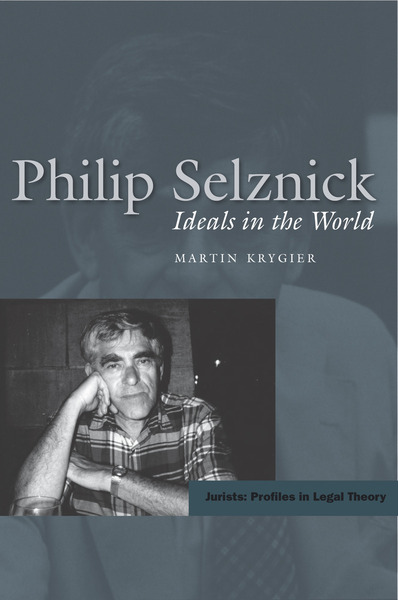 Winner of the 2016 Dennis Leslie Mahoney Prize in Legal Theory, sponsored by the Julius Stone Institute of Jurisprudence.

Reading across Selznick's work, one appreciates the coherence of his fundamental preoccupations—with the social conditions for frustration and the vindication of values and ideas. Exploring Selznick's insights into the nature and quality of institutional, legal, and social life, the book also examines his particular ways of thinking, concerns, values, and sensibility. Martin Krygier brings to light the coherence of Selznick's fundamental preoccupations, allowing readers to fully engage with his unique insights and distinctive moral-intellectual sensibility.

Martin Krygier is Gordon Samuels Professor of Law and Social Theory at the University of New South Wales, and Adjunct Professor at the Regulatory Institutions Network (RegNet), Australian National University.

"[Martin Krygier's], Philip Selznick: Ideals in the World, is a remarkable achievement, both substantively and methodologically."

"I am hugely impressed. Philip Selznick: Ideals in the World is a gem of a book, which is a pleasure to read and a stimulus for further thinking. It is beautifully written, it is respectful without being deferential, and it provides a very interesting account to Selznick's intellectual journey. . . This is a magnificent book, which does justice to a really interesting and important thinker and helps to secure his place among the most interesting social and legal thinkers of the 20th century."

"It's remarkable that no comparable study of Selznick's work has previously appeared. This welcome book is fluent, approachable, and insightful. Krygier writes with a profound understanding of Selznick's distinctive approach to social science, clearly tracing the themes that unite his thought and providing a new perspective on his contributions."

"Martin Krygier has written a wonderfully lucid and perceptive intellectual biography of Philip Selznick, covering the full range of Selznick's work in organizational theory, leadership studies, legal sociology, and moral philosophy. While placing Selznick—correctly, in my view—in the tradition of the great social theorists of the 20th century, joining fine-grained empirical analysis and sophisticated normative inquiry, Krygier also demonstrates the continuing relevance of Selznick's work to current controversies in law and public policy."

"Philip Selznick made substantial contributions to several areas of social thought. This alone would warrant his high standing in American intellectual life. But in this book, Martin Krygier makes a persuasive case that Selznick was not a clever fox but a profound hedgehog. He shows that the whole of Selznick's work is much greater than sum of its parts, indeed magisterial. He identifies overarching themes in Selznick's various works and shows how they reveal important truths about institutions and individuals in late modernity. This is an important book, not only for what it reveals about the profundity of Selznick's work, but for its author's ability to bring it to the fore." 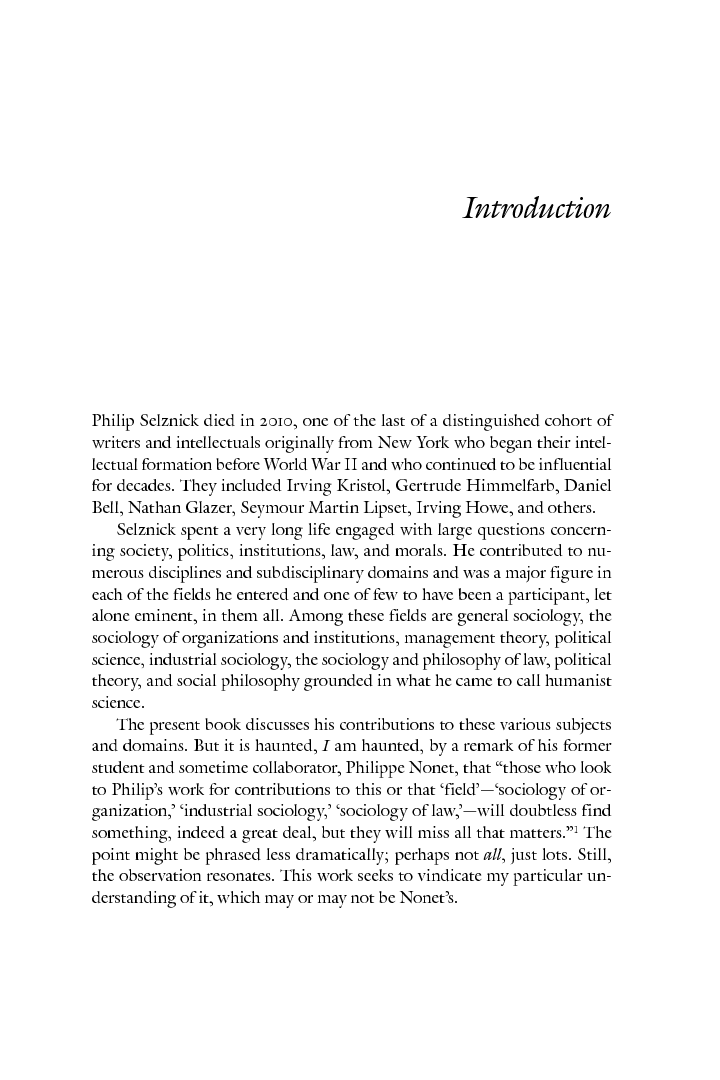 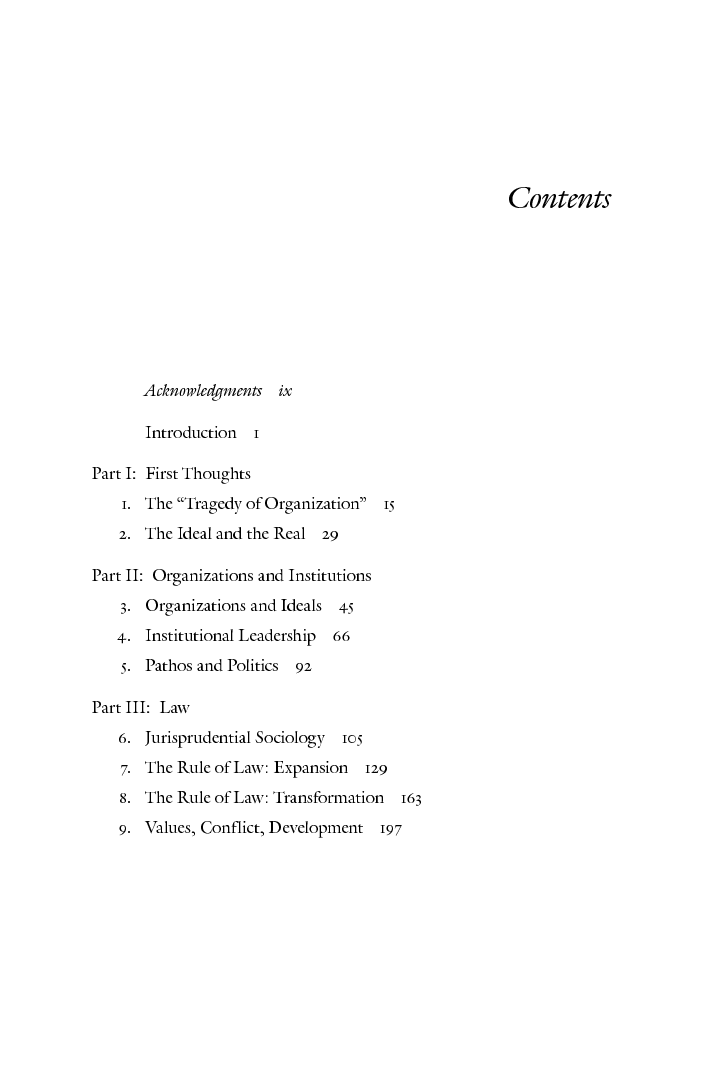