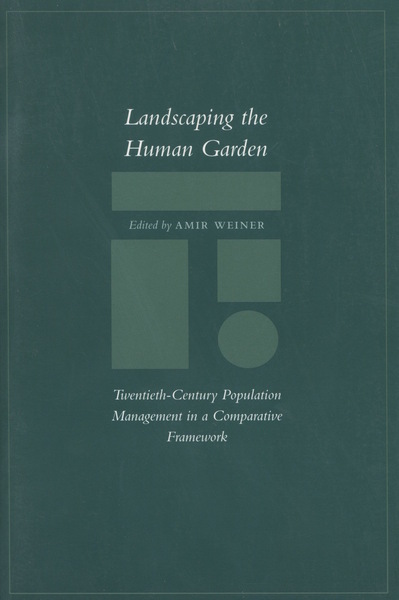 For centuries, human perfection has been a powerful goal, but only in the twentieth century were national states able to achieve the capacity to impose radical change on entire societies in the name of rooting out imperfections.

The contributions to this volume constitute an ambitious attempt to study a number of significant efforts by twentieth-century states to reshape—either through social policy or brute force—their societies and their populations according to ideologies based on various theories of human perfectibility.

The cases examined include Germany during the World War I, the Russian Revolution and the subsequent Soviet regime, Germany under the Nazis, ethnic cleansing in the former Yugoslavia, French anti-abortion policies in the interwar era, the treatment of Japanese Americans during the World War II, attitudes toward postwar Soviet Jewry, the changing role of Israeli war widows, and the particular difficulties facing east central European governments from the World War I until 1956.

Amir Weiner is Associate Professor of History at Stanford University. He is the author of Making Sense of War: The Second World War and the Fate of the Bolshevik Revolution.

"...a valuable addition to any political scientist's or historian's arsenal of readings about states, nationalism, ethnic identity, and war."